The Honda NSX-R LM Prototype is the road car version of a Honda NSX-R Race Car which is worthy of being the ultimate Honda NSX. The car uses the same 3.5L C32B V6 that could be found in the NSX but modified. It produces 553Hp and the RPM is increased from 9,000 to 10,000. The car weighs 1100Kg which makes it the lightest NSX by 130Kg. The car has undergone many body modification like: adding a roof scoop, adding more vents, increasing the width and installing a diffuser. These modifications boosts the handling by far and makes it a good car to use on twisty circuits. The Attack is better than the 1st Generation and the defence stays the same. Along with the other cars I suggested, I want this car to come to the game as it is an amazing car overall and the ultimate NSX. 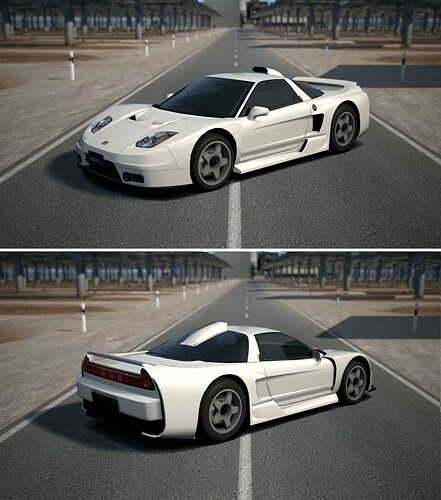