What is the bug?
Answer: sometimes the game tells me i am first but im not and it also changes others race position to a wrong position and it also makes me dnf randomly

How often does the bug happen? (Everytime, sometimes or rarely)
Answer: half of the time i race

What device did you play on? (Computer, Phone, Tablet or Xbox)
Answer: computer

Is the bug related to GUI/Interface on the screen? Or did the bug only appear for you? Check yes if the bug didn’t happen for everyone in the server at the same time.
Yes/No: yes 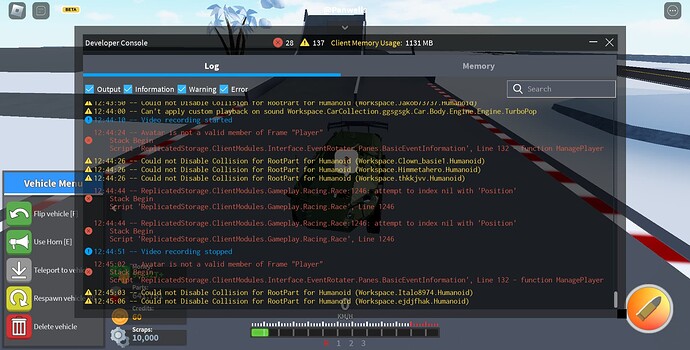 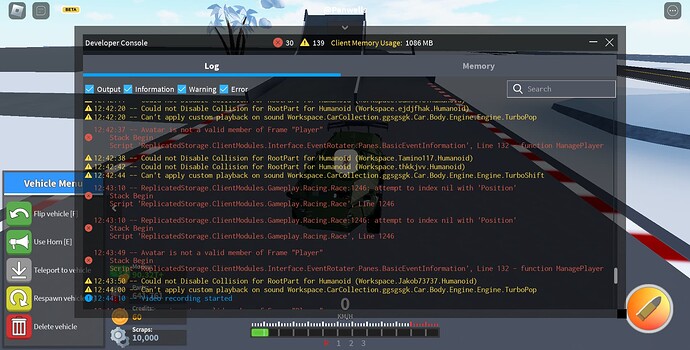 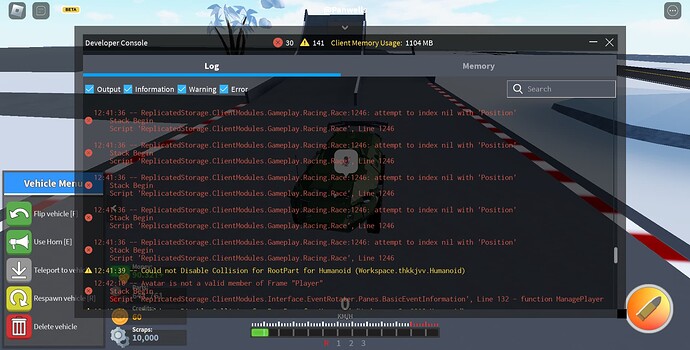 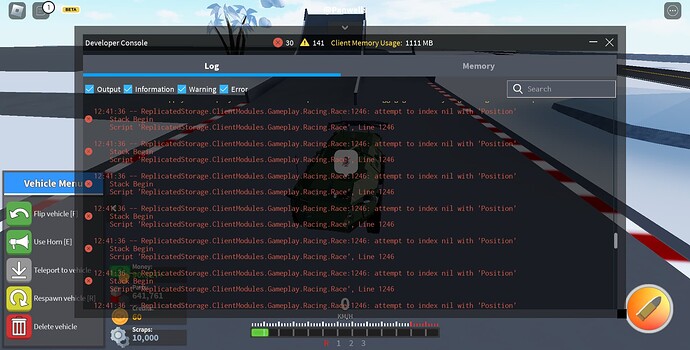 Roblox username: BertrandCai
i was racing and got dnf and my race position is just random 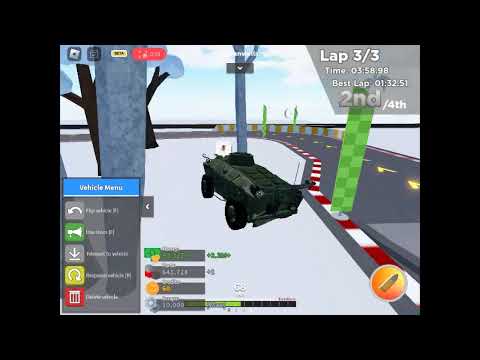 I think it’s from your lag, man

no i don’t lag here

happens to everyone im pretty sure

I’m going to provide an explanation as to how this happens. I most likely think that the race position is a result of the game probably thinking you’re still on the first lap, giving you first position. Now for the DNF, you were either too slow, or were in the lacking half of the contestants. Also, the video was kind of hard to watch because of it’s quality, try to get it as high quality as possible.

this video quality makes me want to die