Well, it’s not have so much priority. Just for fun and realism.
What about you? What do you think about this mechanic? Should it be in game, if yes, does it need upgrade or nerf? Thanks for reading! See you later, goodbye.

It could help by hitting cars, it can’t penetrate through a dem tank

Imagine a car that got you too close and you can’t down your big pipe. Use a machine gun to stop it! And then kill it by main gun, If you have ability to shoot.

Omg landcruiser…30mm autocannon (big black gun on top) and two 13mm Mg-151 machine guns 0.0 that would be awesome and brutal

I hope this gets implemented someday, the landkreuzer would be terrifying (has the most powerful cannon in the game right now, and it has 3 secondary guns on it (one an autocannon and the other two heavy MGs my god it would be awesome

Ratte wouldn’t be added in a game 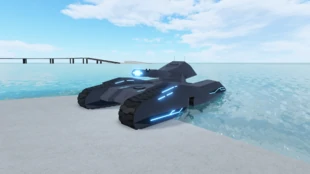 good idea,but with a shots limit cooldown is better i think

The vehicles with machine guns can fire about 100 rounds and have max 2 mags, wouldn’t do too much damage, but its worth it since you can take out tires way easily with machine guns than the tank shell, would make the game more interesting as theres a couple guns passangers would be able to use.
Example: every machine gun has to be manned by somebody, there cant be nobody on it, so the driver has to stop and get on top to use it or needs a passanger that can use it.