Visual variants of the rocket booster

I’ll be honest, the current rocket booster model is kind of ugly, and it doesn’t fit on some vehicles, which is why I propose the idea to have alternate variants of the rocket booster that change it’s look and placement. (I don’t mean replacing the current model, I just mean adding alternate skins I guess)

The vehicle you choose is what determines which boosters you can use, so no humongous 747 engine on a Peel P50, we’re trying to be sensible here. And with that I’ll get on to my ideas. 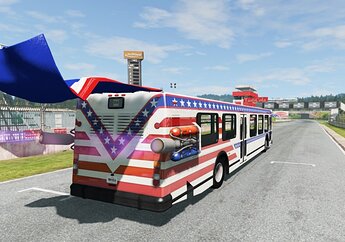 image800×562 87.8 KB
Now JATO (or Jet Assisted Take Off) rockets aren’t used to propel an aircraft in flight like a Turbofan, they’re used to assist overloaded aircraft in taking off like the name suggests. But we aren’t using them for aircraft, we’re using them for cars. These rockets are small enough to fit on cars like the Fiat 500 (maybe the Peel P50 idk that mf is tiny). This would only be available to tier 1 vehicles or compacts and smaller sedans. (Image is from BeamNG.Drive) 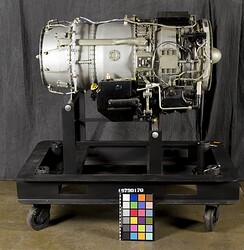 image879×900 83.2 KB
Okay, maybe a JATO rocket isn’t exactly to your liking, and I get that. That’s why my next idea is the CJ610-6 Turbojet, used to power small private jets. Now this engine isn’t anything to write home about, it’s a small jet engine that gets the job done and not much else. It’s pretty similar to the already existing booster other than the fact that this isn’t a rocket so I won’t explain that much on it. This would only be available to tier 1 and 2 vehicles or larger sedans, pickups, small utility trucks, vans, and the Reulter FT-67. Same as the CJ610-6, just… a propeller… and for a boat… not much else I can really say it just looks neat also spinny spin go weeeeeeee Okay, NOW we’re getting somewhere. The Westinghouse J34 is a large jet engine developed in the late 40s by Westinghouse. The engine was a little late to the party causing it to suck compared to the more advanced jets of its time, however, it would eventually find a home on the back of the famous Shockwave Jet Truck along with two other J34s. It’s big, it’s beefy, and it’s famous (kinda). This would only be available to tier 2 and 3 vehicles or busses, smaller trucks, medium sized vehicles, tanks, and the EXR c650. 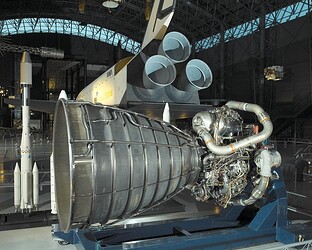 image900×720 241 KB
Ohohohoho you thought the J34 was a powerful engine? Boy you’ve seen nothing yet. THIS is the RS-25 Liquid Fuel Engine, or in terms everyone can actually understand and not random letters and numbers: the main engine of the Space Shuttle. The chads over at NASA got told to make an engine to power the coolest aircraft ever made (sorry Antonov An-225) and made THIS. Actually no they made THREE OF THEM. THREE. TRES. 3. It’s HUGE, and should thus should only be available for biggest tier 3 vehicles or the (prepare for a list): Avanta R51B3T, Bulky Ben 300, EB7 Mountain Annihilator, Exophonic MK1, Forestboxer D-33, FT6 Super Drill, Industrial Bulldozer, MA-22 ICBM Transport, Mining Dumper Truck, Panzer VIII Maus, T66T2 LandKruezer, TC-497 Overland Train, Underground Loader, and Zealherr TL 540.

As for placement of all of these, idk really there’s too many cars to actually think about it properly. Just put them in a place that actually makes sense I guess? I know the purpose of the booster is to make car go fest and not too look good but like, c’mon, its just weird looking. Oh and all of these would also have color customization like the default booster.