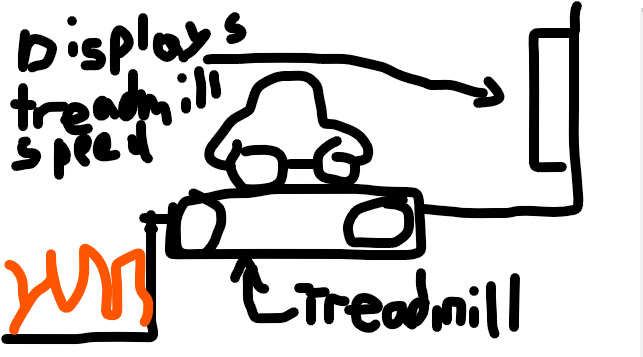 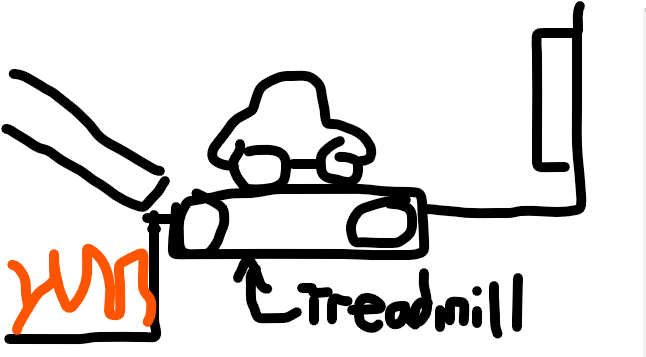 you would get down to the treadmill via a ramp that could go up or down based on the controls
there would be no control room, there would just be buttons outside the car that you operate like the tilted speed crash test
the buttons would be for raising/lowering the ramp over the incinerator, turning on/off the display, and for turning on/off the motors of the treadmill
the treadmills acceleration would slowly build over time with the motors on
you could press a button that would turn off the motors of the treadmill and put the ramp back in front of the incinerator so that the treadmill would only be powered by the cars wheels, the display would still work tho so it would be a way for you to test the cars true top speed without air resistance (top speed should be slightly higher)
the display would show current treadmill speed, current acceleration, average acceleration, and maybe brake horsepower if that can be done