Some people have been suspended, which limits the activity of the forums :(

Isn’t it worth giving suspended people a second chance?

If they are suspended there is always a situation

Some people got a second chance and blew it

You remind me of someone 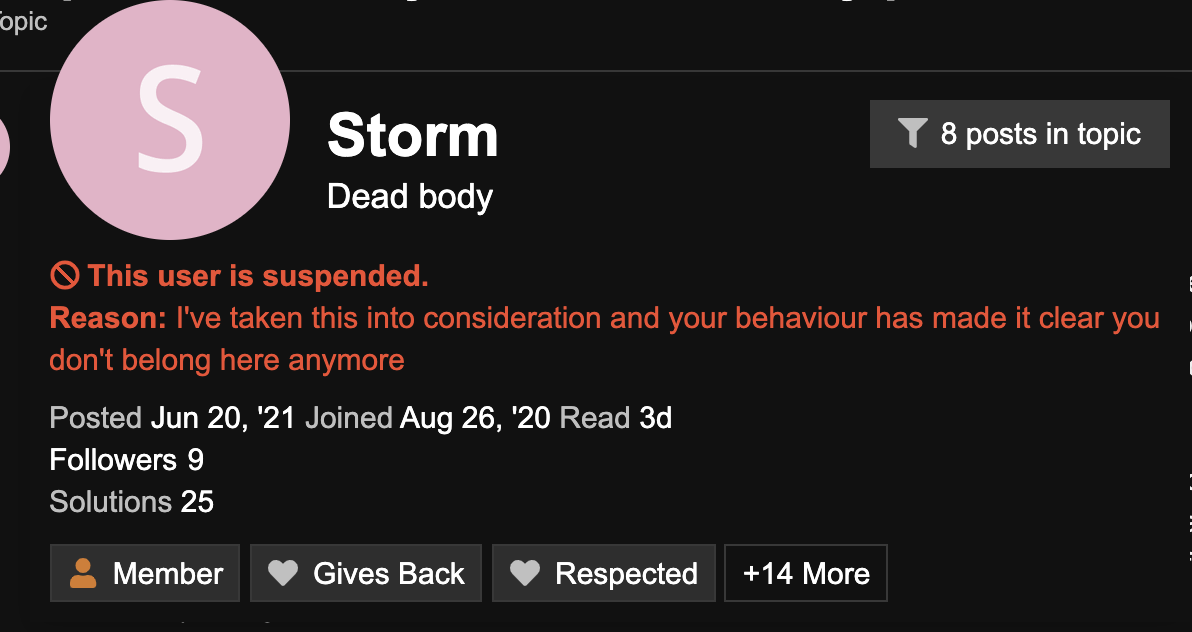 I remember there was a person from NJ Crusher who was suspended because he was probably underage.
Unfortunately, I couldn’t find it.
Hmm…

How did they know he was underage?

U forgot the no planes guy

I hope they add decals

so u can add a “NO PLANES!” decal on your plane (future)

Suspended forum members no longer exist?
Does this mean that the suggestions they made are invalid?