Script stays on screen after Core

What is the bug?
Answer: During and after core,the script “An escape helicopter has landed somewhere outside row 1, find it and escape to survive the facility explosion.” remains on my screen

What device did you play on? (Computer, Phone, Tablet or Xbox)
Answer: Xbox One 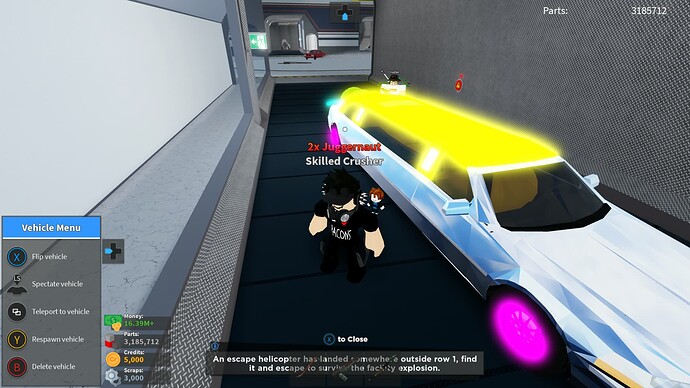 Yes,Ik this has been reported but idc

I did that and it didn’t work.