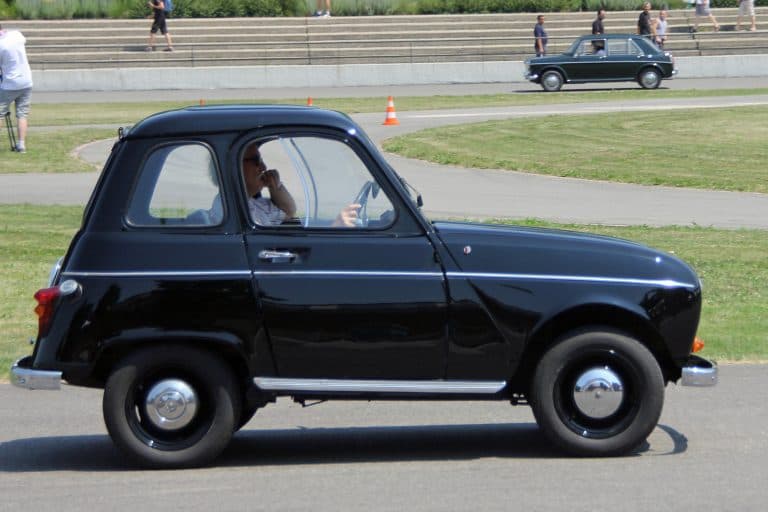 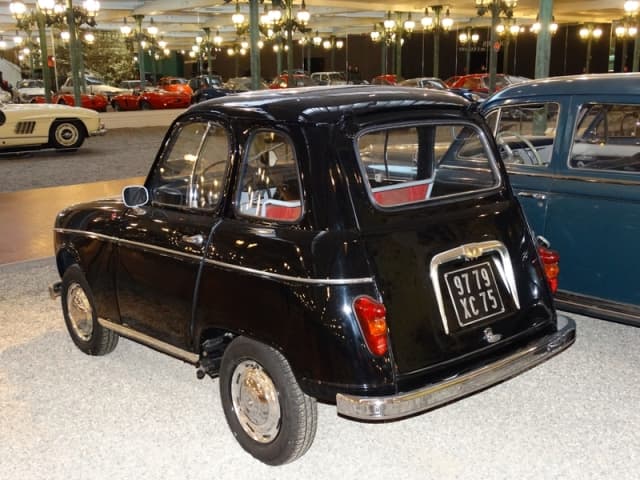 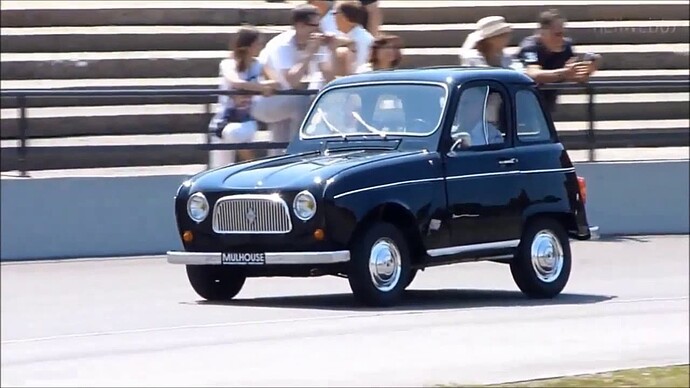 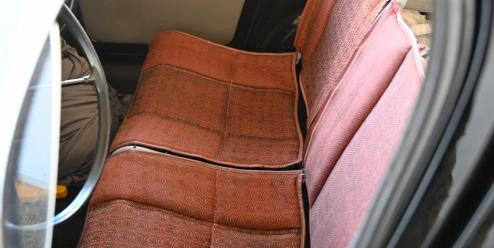 Chosen for its already small size but above all for the simplicity of its construction, Bertin appointed engineer Jean Simonnet the task of cutting out the Renault 4 and making his vision come true. The car was trimmed by 74 cm, removing the entire body between the A and C struts, and welding the remaining two halves.

With this process, which basically removed the section of the rear doors, the Renault 4 came to measure just 2.93 meters long , with a wheelbase that was reduced from 2.40 to 1.66 meters; his weight dropped between 50 to 60 kg.

As for the doors, they are a mixture of the front with the rear.

The product had a problem: only 2 seats, instead of the traditional 5 and that was one of the reasons why it was not brought into series production, since cars, like the Fiat 500, of similar size could accommodate 4 passengers.

The R4 “Coach” was unveiled at the Paris Motor Show in the fall of 1969, but was not marketed.
For years, the engineer Bertin, its designer, used it as a daily use car and in the 1980s abandoned in a garage.

At the beginning of the 90’s it was donated to the automobile museum of Mulhouse (France) and finally in 2010 a group of teachers and students from the Bugatti Lyceum in that city decided to restore it.

Today, this curious car is exhibited in the museum, alongside elegant classic cars from legendary brands such as Bugatti, Hispano Suiza or Rolls-Royce.

This car simply needs to be added because y e s