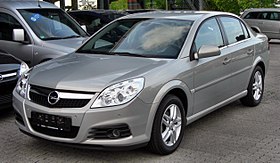 The Opel Vectra is a mid-size car (large family car) that was engineered and produced by the German automaker Opel from 1988 until 2008. Available in saloon, hatchback and estate body styles, the Vectra was also sold by the Vauxhall marque in the United Kingdom as the Vauxhall Cavalier from 1988 to 1995 and then as the Vauxhall Vectra from 1995 to 2008, and it was also sold by Holden in Australia as the Holden Vectra, and by Chevrolet in Latin America as the Chevrolet Vectra. The Vectra was i...

We don’t need like Wikipedia pages for every suggestion