— Just an addon for cars to get a bit of speed.

Let me guess… you make this theme to make cc2 “robux independent” game again? To make balance within poor and rich? Anyway, I like you suggest

Hi i am TBS123SPARKY from roblox.
Adding NOS would be a great stuff for car lovers

Player should be able to buy NOS from the Perfomance section in Customizing option
Buying NOS with scraps or credits would be good for non robux players, NOS can be a little less powerful than the rocket boost so that it would be fair.

And another extraordinary feature: Using NOS more than 7 or 8 times should make the engine explode ( this makes the NOS feature more realistic) 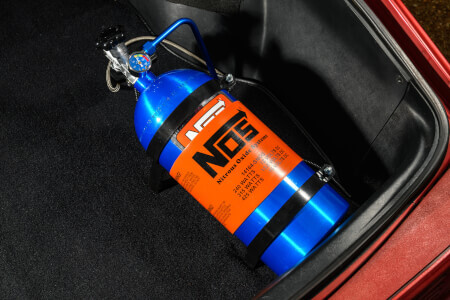 i hope my suggestion gets noticed by everyone

So I previously made a suggestion on nitro but this time, I wanna change my idea of it or give more detail of it, or have anything I want to add to any other possible suggestion of the same thing.

Basics:
So I’m sure you all already know what nitro does, it gives you a boost.
Now this time, you can get nitro from scraps or credits, and when you do get it, it will will show up as a power up.

Function:
What this power up does, is it gives you a boost of course, but it’s not as powerful as the rocket, and instead of just pressing the button and you probably running into a wall, you press and hold (on mobile) and hold down the usual keys to activate a power up on pc, and when you stop holding down the nitro will stop.

Appearance:
The rocket is massive and makes your car looks a bit on the iffy side because of how it obstructs the cars look, with nitro, it will show somewhere on the floor on the passenger side, and when used there will be orange flames coming out of the exhaust. And just like the rocket, you can change the color and such of the nitro bottle, despite how unnoticeable it is.

Upgrades:
Yes, you can upgrade this add-on, but in the end it will still be slightly weaker than the rocket booster, but it’s still useful. You can upgrade how long it last and how powerful it is, which gives you more acceleration. After getting the extended use time upgrade, the nitro bottle will turn into 2 nitro bottles connected to one another if you know what I’m saying. After upgrading the power, the flames will turn blue, and the flames can actually be changed in color.

Add nitro like in Vehicle Simulator to add to the car like turbo or other upgrades. It may be without exhalation effect (it is probably more relistiv) but to give stronger acceleration. I know there is a rocket engine but you could use a simple nitro.Thank you for reading. 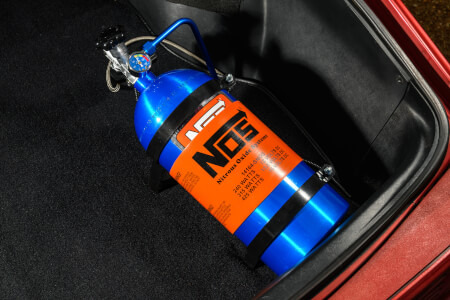