My First time beating the core 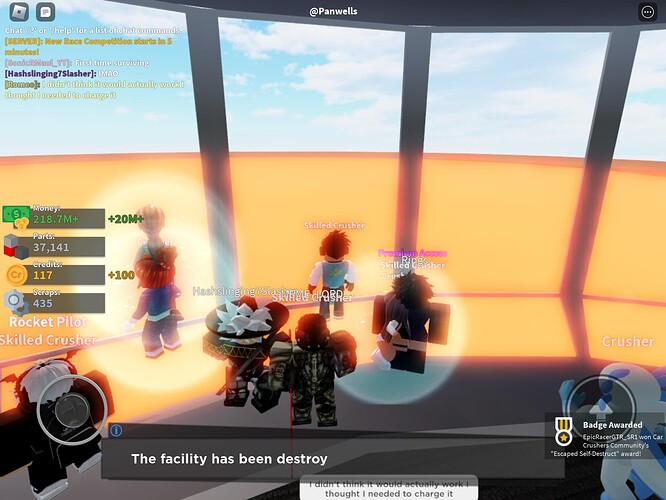 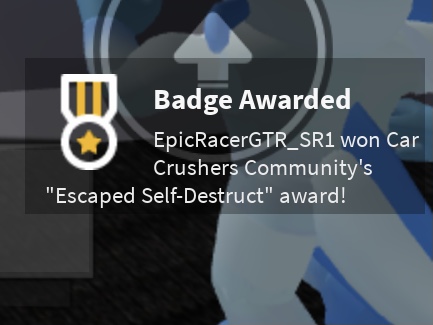 Got the “escaped self-destruct” badge after months of trying to escape.
4 Likes
CarSpoilerConsumer October 18, 2022, 6:46pm #2

NO OFFENSE it’s just a question

bruh just use a much easier route

I don’t wanna be rude but like kinda skill issue

Now try to get boat escape

actually it’s kinda not as hard as it sounds

just drive around the map which has water

A VIP user called Romeo thought he could recharge the core but instead activated self-destruct. Luckily, I found the escape copter easily thanks the the eagle eyed arrow. Luckily, he apologized and I forgave him while also explaining that it was my first time escaping the facility successfully.

I’ve never heard someone call a player a “vip user”

Well it is a pass, right? It gives players a golden username tag, changes their chat color to yellow and grants access to VIP crushers.

I have been playing since 2019 and lost some accounts that had like 1 billion but now i have this account that i have been using since mid 2020 to now and have 5 trillion so what i did when i started playing i would get in the fastest car i had and explore the map and make routes for core. I now have discovered shortcuts too. One shortcut is around the beach which is my most used one where around the beach will basically take you anywhere you want to go