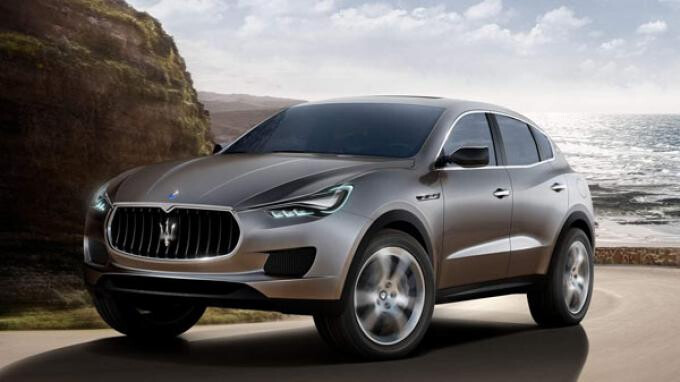 I should call it, Levante Super Trofeo.

When the production version of the long-gestating Maserati SUV finally appears, it will do so without the curious Kubang nameplate affixed first to a 2003 concept and then again to a show car that debuted in 2011. According to Robert Allan, Maserati director of product planning, that moniker was intended from the start to apply only to the concept—think of it like a working title for a film—with the official name to be tapped as the model nears production. (The production model will be similar to the 2011 show car.) Although the company remains tight-lipped, Maserati has trademarked a quartet of appropriately sexy-sounding names in recent years, including Ghibli, Milia, Cinqueporte, and, most recently, Levante.

While it’s unlikely that Maserati would apply the storied Ghibli name to the polarizing SUV, Cinqueporte—which means “five-door”—would at the very least follow the naming precedent set by the four-door Quattroporte. And while most in the media (including us) have previously attached the Levante name to the forthcoming sub-Quattroporte sedan, careful consideration of all four names has us thinking that there’s a very good chance that “Levante” may in fact be destined for the SUV. Maserati wouldn’t confirm or deny this hunch, however, and there’s the possibility remains that the name will be none of the above.

Still on track to debut as a 2014 model, the Maserati SUV will feature a Ferrari-built Maser V-8 and will be assembled at Chrysler’s Jefferson North Assembly plant in Detroit alongside its platform-mate, the Jeep Grand Cherokee. The Italian luxury ute currently is in the midst of suspension and chassis development.
(source: Car And Driver)