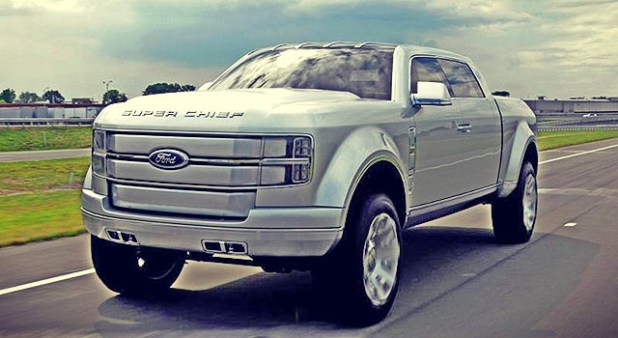 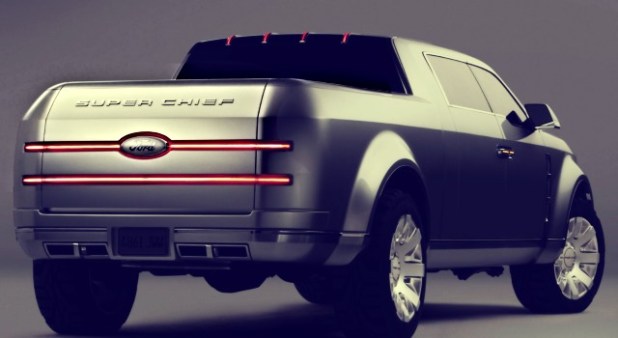 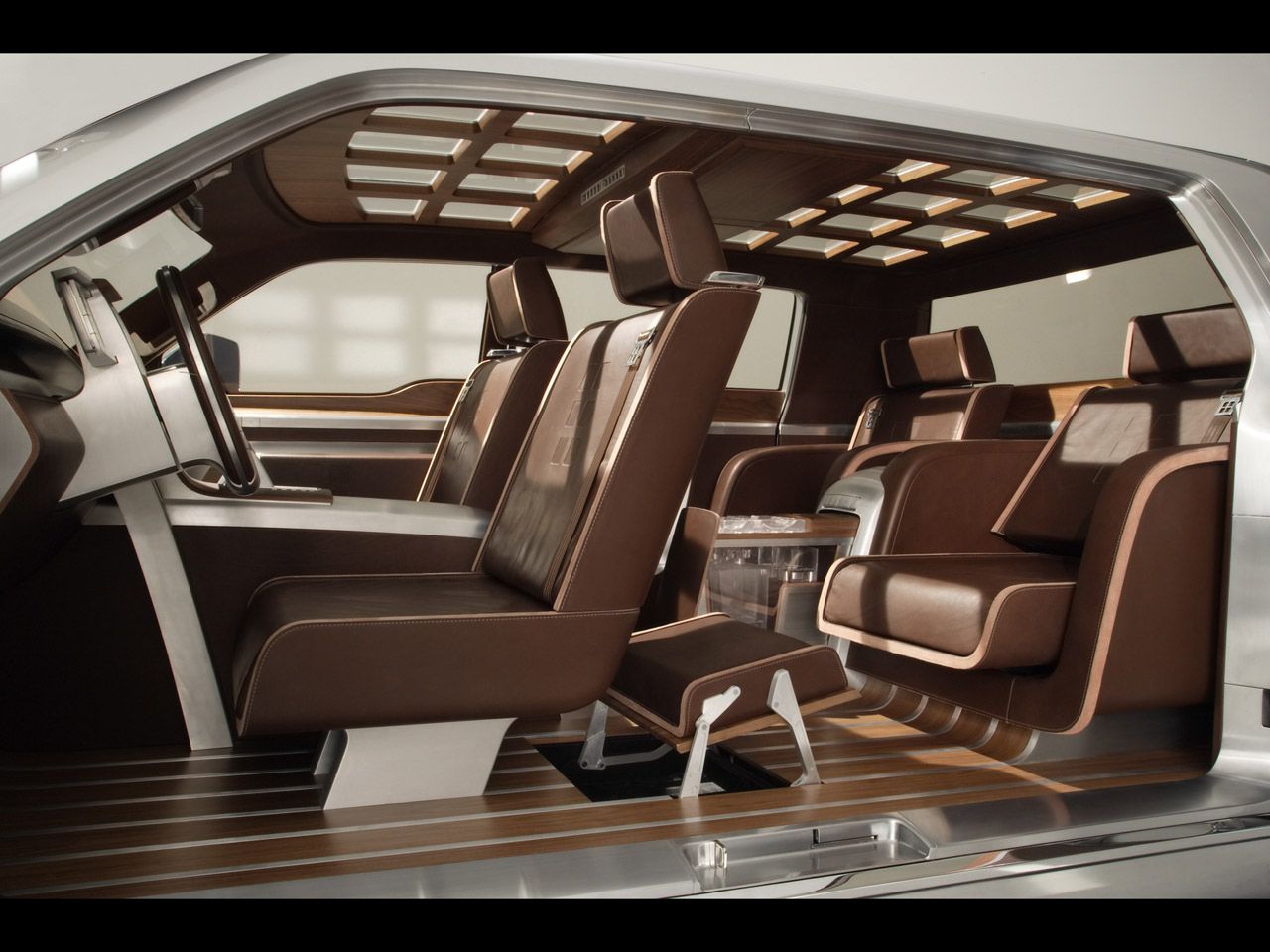 thick truck you got there 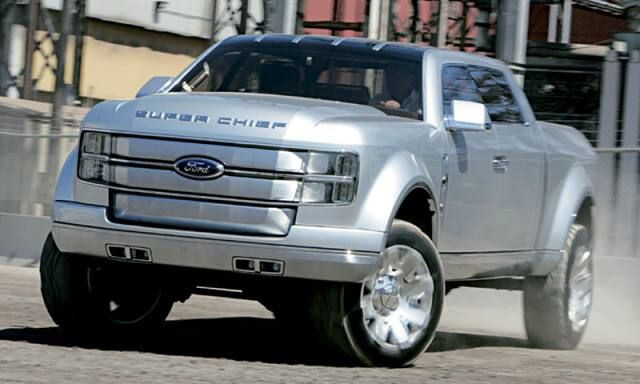 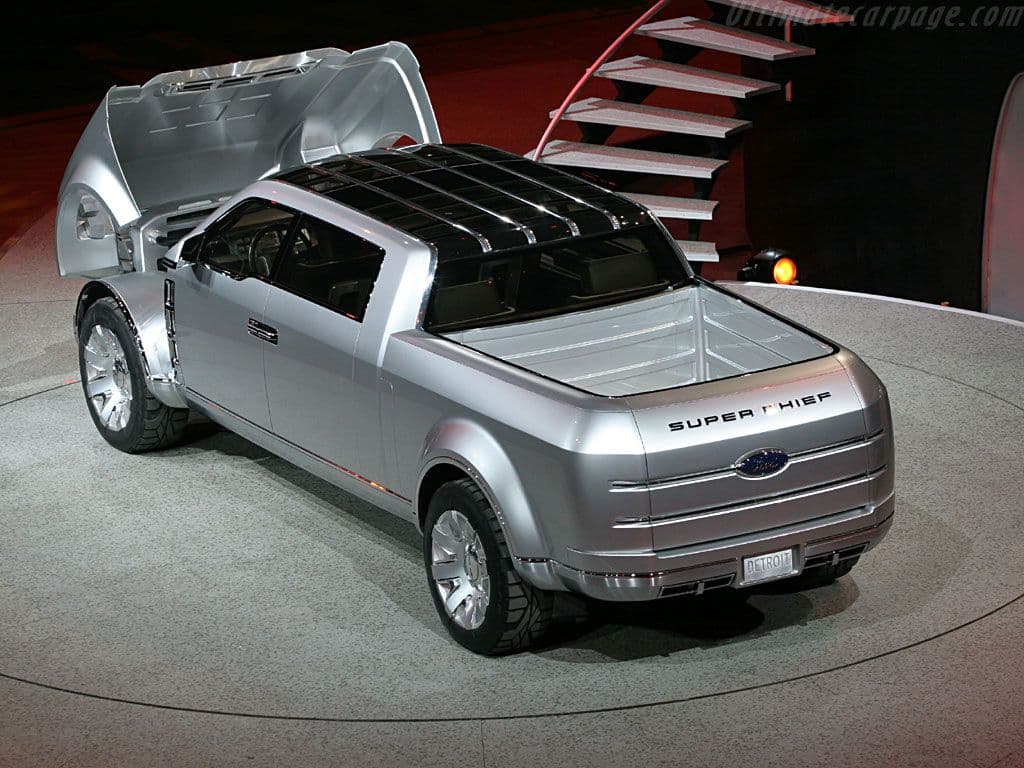 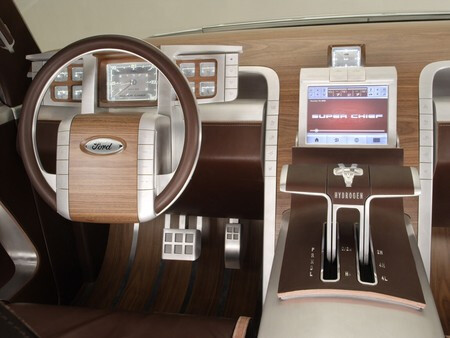 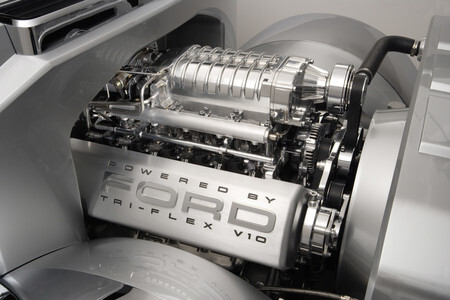 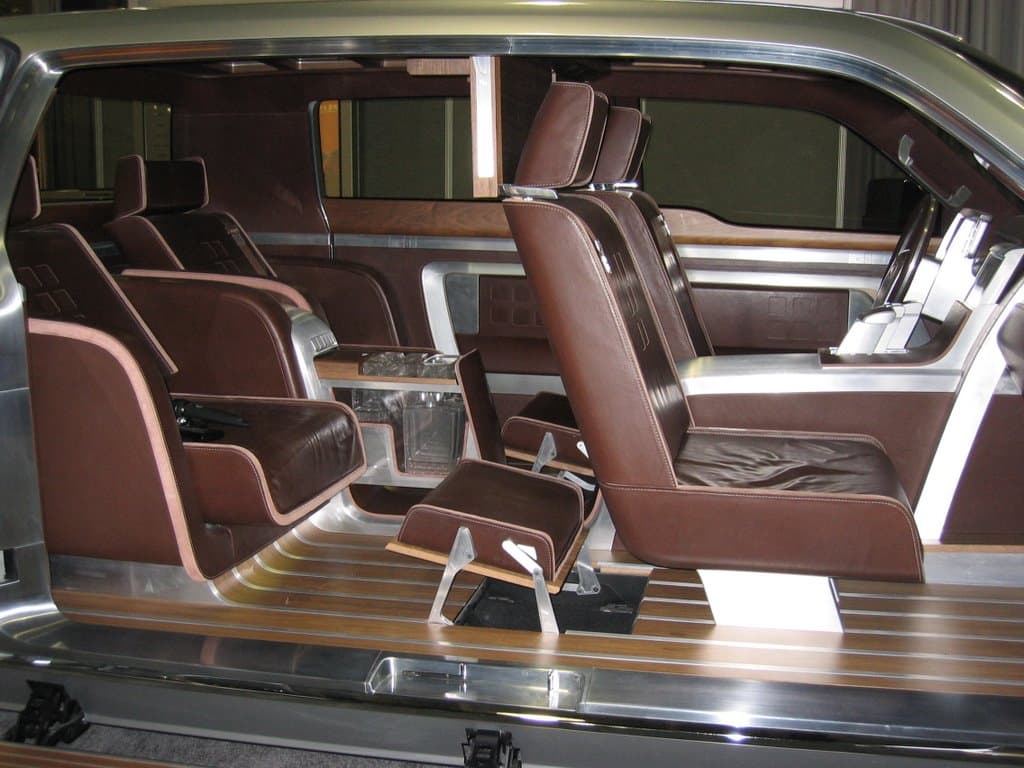 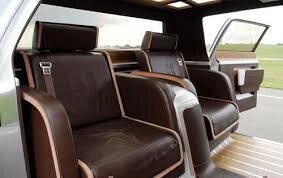 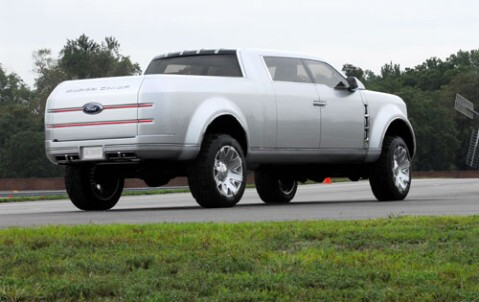 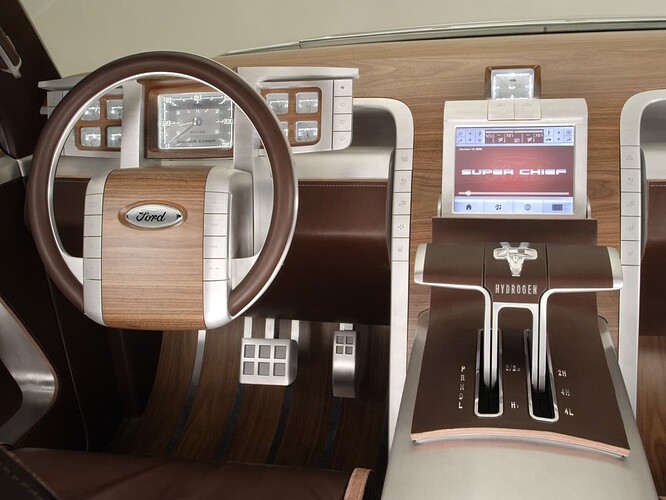 Of the driving position of the Ford F-250 Super Chief stood out, above all, the huge rudder arranged as a selector for the different positions of the transmission, and for the power supply. This, in a vehicle that was distinguished by its Tri-Flex system , with which it fed a V10 engine of 558 hp and 542 Nm with gasoline, E85 ethanol or hydrogen.

Hydrogen as a fuel to burn in the engine chamber is a chemical element that we hardly consider today, as it is more inefficient than other energy sources. It is used to generate electricity in fuel cell cars , and even so, its use is not widespread at all. However, in 2006 Ford was selling hydrogen as the best source for the future:

Hydrogen is the best clean fuel of the future . Not only is it the cleanest fuel, it is the most abundant element on Earth.

It is abundant … but it is not found in the earth’s crust in a natural and accessible way. For this reason, it is produced industrially from some chemical compound, be it water, biomass or hydrocarbons, plus subsequent storage, in addition to the necessary transport to the point of supply.

In this industrial production, hydrogen loses a good part of that cleanliness that Ford proclaimed in 2006, firstly because each energy transformation generates losses, and secondly because of the need for associated logistics activities. All this leads us to think that there are more efficient alternatives .

Back to the Ford F-250 Super Chief, and according to brand data, we have that, running on hydrogen, the supercharged V-10 engine provided up to a 12% improvement in fuel economy, if we compared it to a V engine -10 gasoline not supercharged; and 99% less emissions than the same pick-up engine running on gasoline.

Ford placed at 500 miles (805 kilometers) the range that the Ford F-250 Super Chief was capable of with the exclusive use of hydrogen as fuel.

To achieve this, the engine had to couple a specific supercharger for use with hydrogen, due to the lower calorific value of this gas, compared to that provided by E85 ethanol or gasoline. This meant that to use hydrogen it was necessary to stop the engine. On the other hand, going from gasoline to ethanol, or vice versa, could be done with the engine running, by means of a simple button.

The designers of the Ford F-250 Super Chief were aware of the enormous size of their pick-up . So much so that they developed a protection system called BlockerBeam, a passive protection measure so that in the event of a collision with a smaller car, that is, 99% of the time, the floor of the pick-up would deform, absorbing good part of the energy released in the impact and thus avoiding the embedment of the other vehicle.