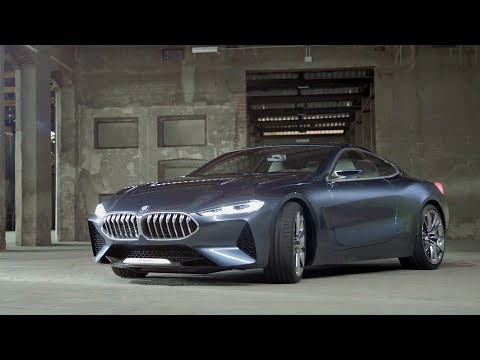 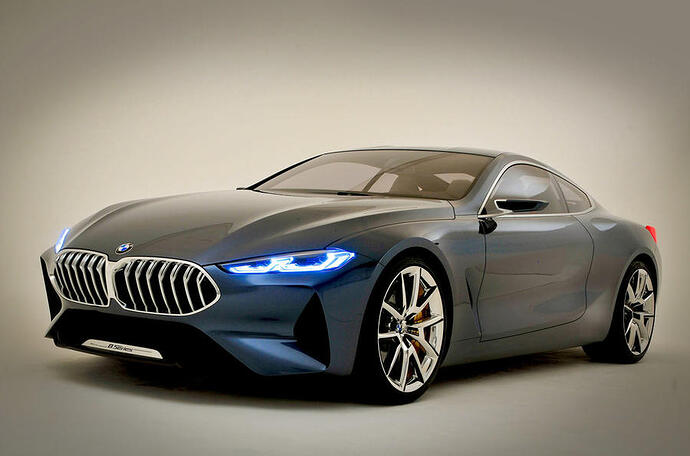 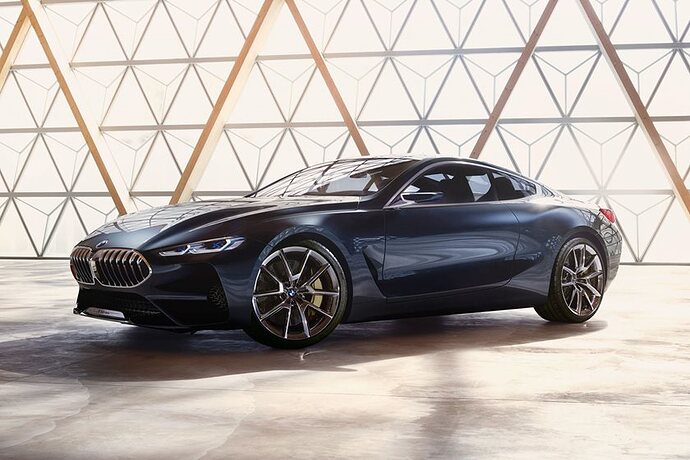 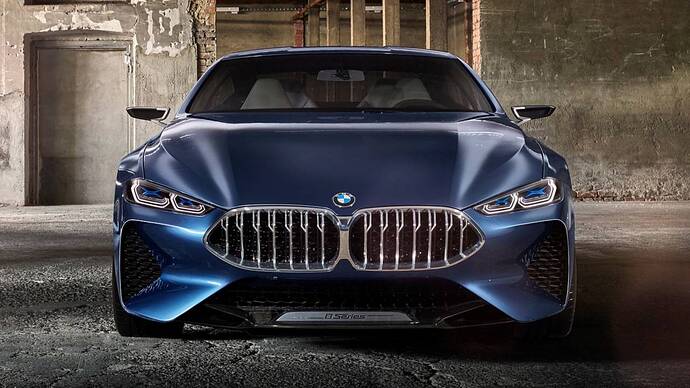 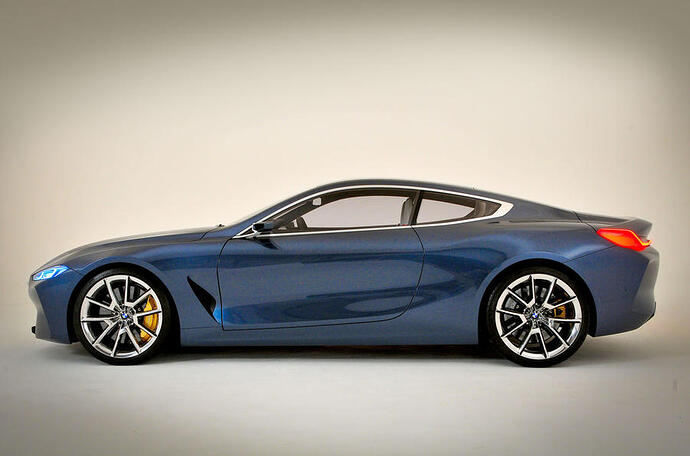 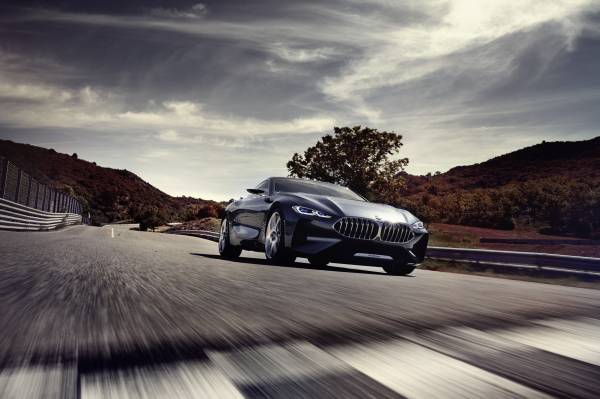 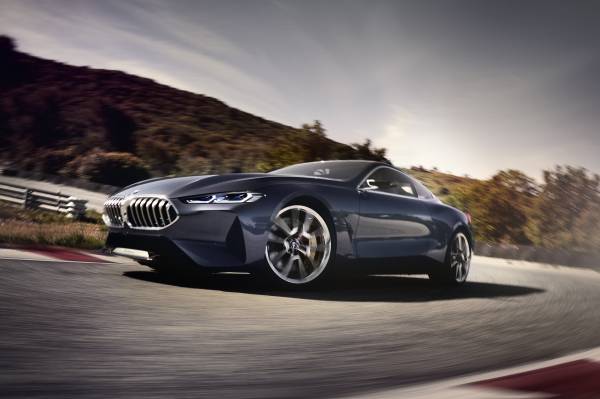 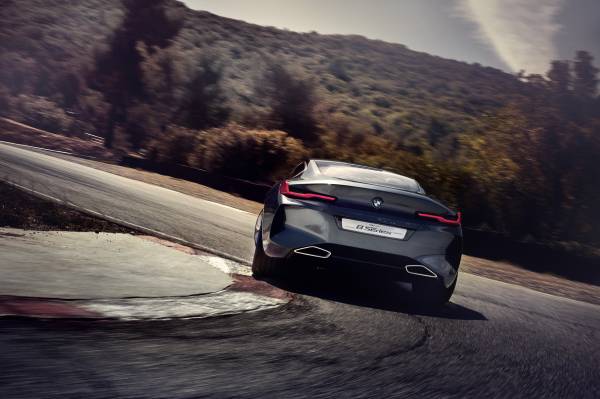 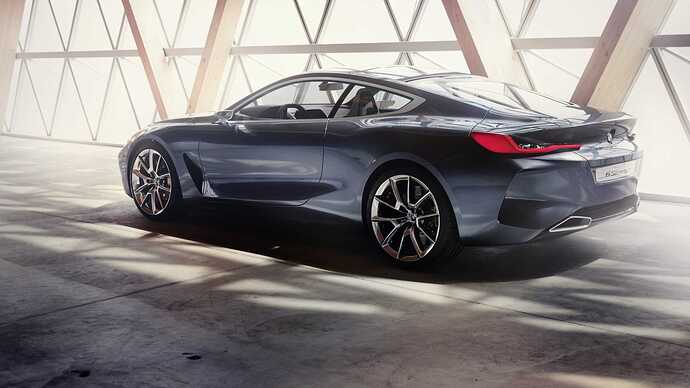 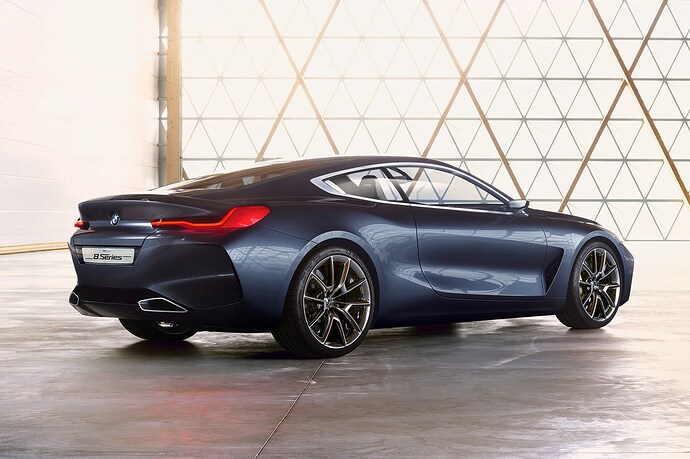 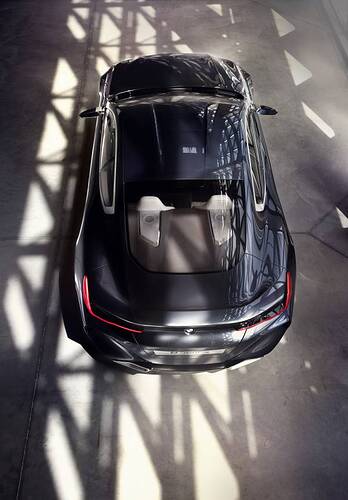 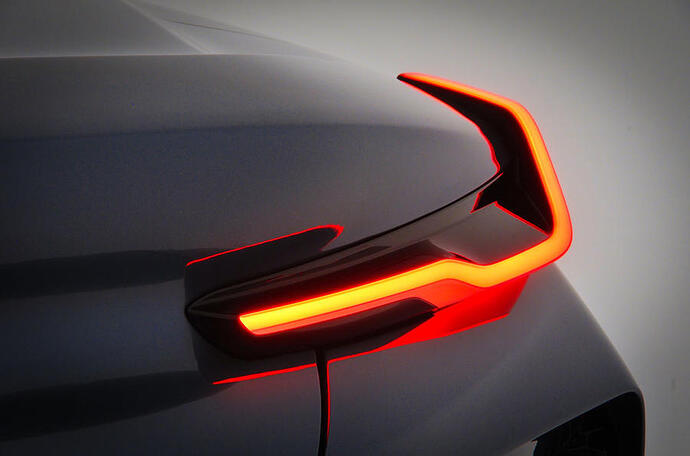 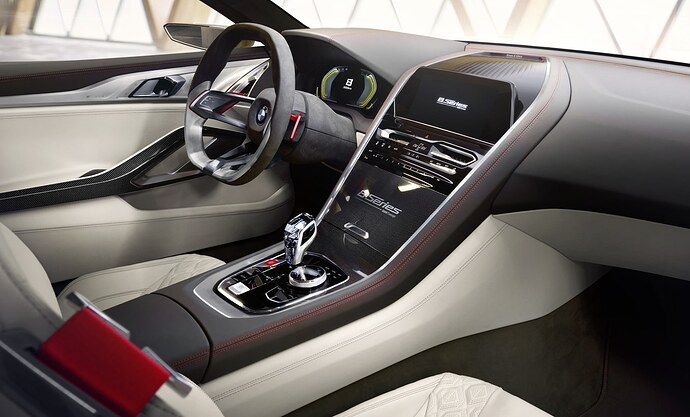 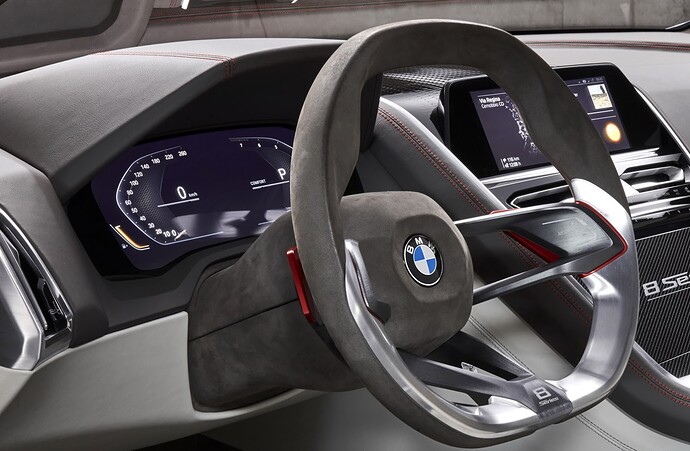 The look of BMW’s sedans may have become somewhat stale, but the 8-series concept BMW unveiled at the Concorso d’Eleganza on the shores of Italy’s Lake Como this year might portend an awakening in the Werke’s design studios. The bold proportions emphasize its longitudinal-­engine architecture, and the forks atop the slats in the brand’s signature kidney grille suggest a willingness to fuss with even the most sacred of styling cues.
Though it will sit beside the 7-series atop the lineup, the 8 won’t be remotely as spacious. It’s snug, with a high center console and low seating position making the interior feel far smaller than it is. Nothing about its control layouts or detailing indicates any sort of interface revolution, though the iDrive controller and gear selector are made of Swarovski glass.
Despite a designation that suggests this is a 7-series coupe, the 8 will retain the current 6-series’ association with the 5-series sedan. While BMW’s larger, odd-numbered sedans share some components, expect the new range-topping coupe to feel more like a 5-series than a 7. It’ll be a couple of inches shorter and as much as 200 pounds lighter than the current 6-series.
This next-generation 8 will be more modestly cylindered than BMW’s first: There will be an 840i with a turbocharged 3.0-liter inline-six and an 850i powered by a twin-turbo 4.4-liter V-8—though even the six, which makes up to 335 horsepower in today’s BMWs, will surpass the output of the original 850i’s 12-cylinder. While it must be tempting for BMW to go after the Mercedes-Benz S65, we expect the minuscule take rate of 12-cylinder S-classes will keep BMW from bothering. And we expect the 8’s prestigious positioning to preclude the offering of a hybrid model. Europe will get a diesel, but we won’t. ZF’s eight-speed automatic will be the only transmission choice, and all 8s but the base six-cylinder cars will be all-wheel drive.

The BMW Group is using the 2017 Concorso d’Eleganza Villa d’Este to unveil the BMW Concept 8-Series, the essence of a modern-day BMW coupe wrapped up in an enthralling design study. The study car will serve as a taster of a forthcoming BMW model - the new BMW 8-Series Coupe, slated for launch in 2018 and part of the biggest model offensive in the company’s history. The NUMBER ONE > NEXT strategy sees the BMW Group aiming to significantly increase sales and revenues in the luxury class, and the BMW 8-Series Coupe plays an important role here. “The number 8 has always represented the pinnacle of sports performance and exclusivity at BMW,” explains Chairman of the Board ofManagement of BMW AG Harald Krüger. The forthcoming BMW 8-Series Coupe will demonstrate that razor-sharp dynamics and modern luxury can go hand-in-hand. This will be the next model in the expansion of our luxury-car offering and will raise the benchmark for coupes in the segment. In the process, we will strengthen our claim to leadership in the luxury class.