6 cars that are ripoffs of better ones

You probably know by now is that Chinese car knockoffs are growing. However, they’re not limited to just China. Knockoffs are distributed everywhere! I’ve compiled the top 5 for you to scroll through in amusement. 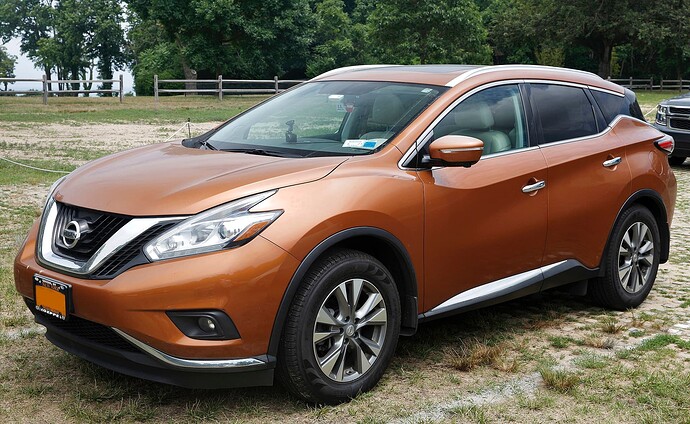 Unusually, in this case, the car doing the copying (the Nissan Murano was started in 2002) and the car being copied (the Nissan Pathfinder was started in 1985) are both made by the same manufacturer. The Nissan Pathfinder and Nissan Murano weren’t originally similar, but when Nissan unveiled their third generation Murano in 2015, 3 years after the fourth-generation Pathfinder, the similarities between it and the fourth-generation Nissan Pathfinder were undeniable. And everyone could see it, not least the automotive designers at Infiniti who were more than a little put out that Nissan had simply ripped off their own SUV and all of their own ideas for it. 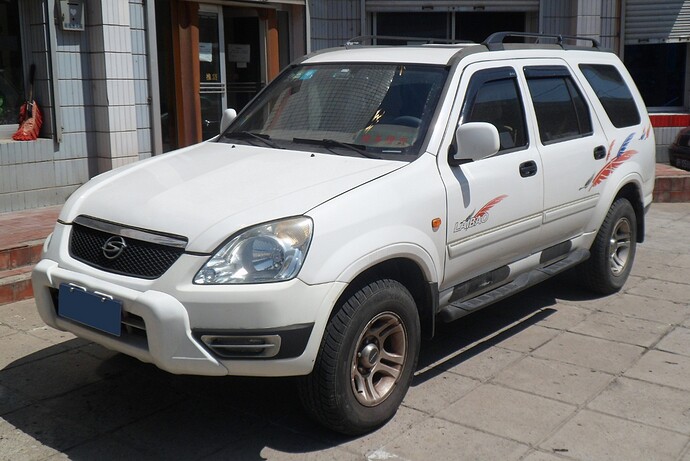 The Honda CR-V is something of an acquired taste. You either love it or you hate it. Fans see it as the ideal SUV for getting around towns and cities – perfect for driving off the road without getting ditchedemphasized text and great fuel efficiency on short journeys. Haters find it impractical, ugly and downright weird. Still, you can’t argue with the car’s enduring popularity. As with all western auto success stories, Chinese motor manufacturers were keeping their eyes on the Honda SUV, and it would have surprised nobody to see local company Shuanghuan launch its own version of the Honda CR-V, the Shuanghuan Laibao, also called the Shuanghuan Rabo or Shuanghuan S-RV.

Looks-wise, there is nothing to choose between the original and the Chinese model, to the extent that Honda, the manufacturers of the original vehicle, launched a lawsuit against Shuanghuan because of the “striking similarities” between the Laibao S-RV and their own Honda CR-V model. Honda even managed to convince a Chinese court in Beijing to stop the the car from being sold. In 2010, the Beijing People’s High Court ruled in favor of Honda, fining Shuanghuan ¥16,000,000 (equivalent to $2,400,000 at that time), the final claim being ¥45,000,000, and ordering them to cease copyright infringement. This one came close to looking all Porsche—logo and everything—but the keen gearhead’s eye will twitch at the sight of this thing. They call it the “Eagle,” but if they had asked for suggestions from the public, something like “Ferrasche” or “Porschari” would’ve done because it’s like they stuck the front of a Ferrari to the back of a Porsche, then came up with a logo to ‘convince’ people it’s the closest thing to owning a Porsche—eiowl! Now you see why car experts labeled it as a ‘pastiche of the worst kind.’ Sadly, the industry’s hands are tied as they cannot do anything about the similarities these Chinese clones have to the original designs because the designs can’t be protected in China. Under Chinese law, proving to the court that a Chinese automaker or manufacturer has infringed on a patent is an uphill task. 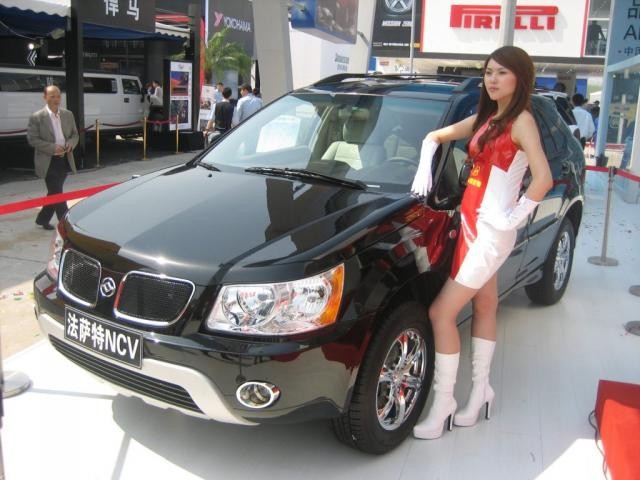 This car tried hard to look like a 2003 Lexus RX, or the Toyota Harrier, if you like, and it’s another one of those perfect clones in the market. This Chinese ‘novelty’ picked its front end from the Pontiac Torrent, and the rest of the body is a replica of the 2003 Lexus RX350, so basically, it’s a hybrid of two different vehicle brands–not bad looking but still a shameless rip-off. This isn’t the first time Huanghai has cloned current car models, as they also did the same with the Kia Sorento to create the Huanghai CUV. Otherwise, if you visit China and want to drive a Lexus RX or a Harrier lookalike, go for the NCV. If you own it and don’t want people snooping around your car, just de-badge it—they won’t know it’s not the real thing. 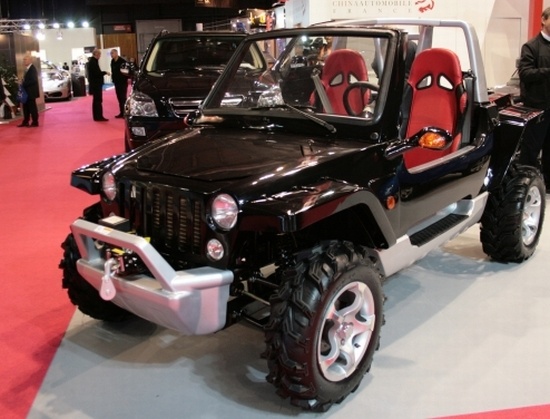 Given the popularity of the Jeep Wrangler, it was hardly surprising that a Chinese motor manufacturer decided that they wanted to get in on the act. In 2008, China Automobile France launched the KIFF which ripped off the Jeep Wrangler-based 2005 Jeep Hurricane concept buggy.

At the same that that it launched the KIFF, China Automobile France was also busy reinstating another vehicle, the Shuanghuan SCEO, which was, shall we say, heavily influenced by the Lexus RX and BMW X5. The KIFF may have been a cheap and cheerful copy of a timeless American motor, but there was one significant difference between the original vehicle and the Chinese model: The KIFF was turbocharged. Although Jeep did launch their own turbocharged dune buggy in 2017, China Automobile France beat them to the punch by nine years. If you want an Buggy and aren’t too fussy about buying a legitimate Jeep, then to be fair the China Automobile KIFF is significantly cheaper than the real thing, selling for just €9,700. Before you go getting the idea that it is only Chinese car makers who are responsible for stealing designs from their competitors, check out this cheeky carbon copy from Polish motor company Arrinera. The Arrinera Veno, or otherwise known as the De Veno Arinerra, was introduced in 2012, and marked the company’s debut onto the supercar market after its launch in 2008. Designed by Brit Lee Noble – who has now gone on to found his own sports car company – the De Veno Arrinera seemed very familiar to supercar aficionados.While it may not have been as blatant a copy as some of the Chinese knock-offs on this list, there was little doubt that Noble has stolen a lot of ideas from Lamborghini when it came to the look of his new creation – especially the Lamborghini Reventon and the Lamborghini Aventador.

Despite its stylish appearance, powerful V8 engine and its ability to accelerate from 0 to 60mph in 3.2 seconds, the Arinerra Veno never really made it past concept car status. Arrinera had more success with the 2016 Arrinera Hussarya, which became the first Polish car to take part in the Goodwood Festival of Speed in the same year and which is priced at 9,700 if you fancy owning one.

What does this have to do with anything

This should be posted in off topic section you robot

You fucking donut. I spent a long time editing this.

I’ve never seen donut used as an insult before 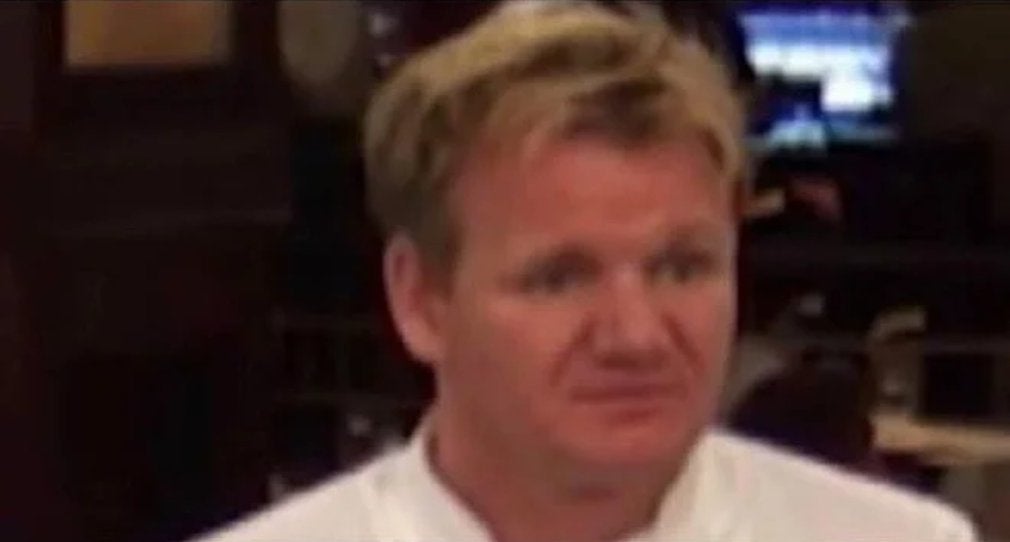 this next little part goes to others here, please don’t argue. Don’t call each other names.
For heaven’s sake, get along.

Yes, technically nobody asked but this is an error. It is in the wrong forum section. Give him some slack

Moved to off-topic since it seems to be an issue to some people.

Can you also check 54 worst car names of all time per issues and lack of editing 2-day-old posts?

bruh just said ruf is a ripoff of porsche, im offended guy didn’t do his research

Exactly. I indicated that the company was infamous for ripping off Porsche cars. The RUF RXL is one prime example.

ruf purely exists to bypass ea’s stupid porsche licensing deal (which ended in 2016, thank god)
during which they made some pretty damn good cars
so thanks ea
9ff was more of the same

pretty much, in forza and nfs games and such it was used as a replacement for porsche which helped it gain fame

this aint no ripoff, its a tuned porsche
like alpina with bmw

lmao idk why but its hilarious