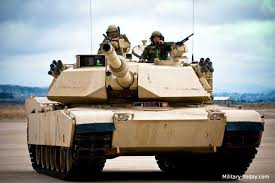 Isnt this alr in the game?

The M2A4-S1 is based off the Abrams but it’s not the Abrams.

The Leopard and the Abrams look nothing alike. They may look similar in the game but in reality they aren’t similar or from the same country. Abrams is from the United States while the Leopard is from Germany.