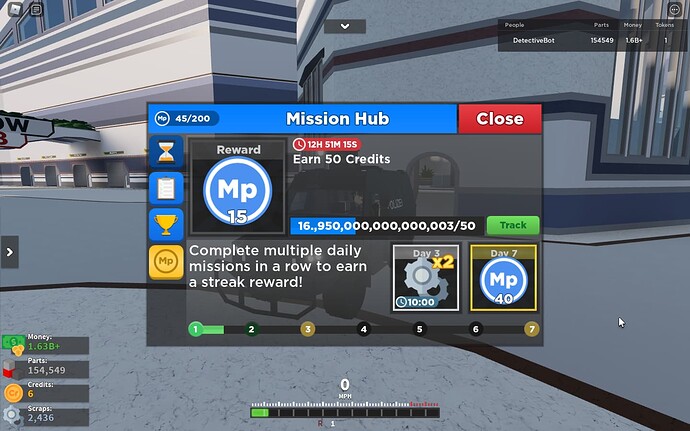 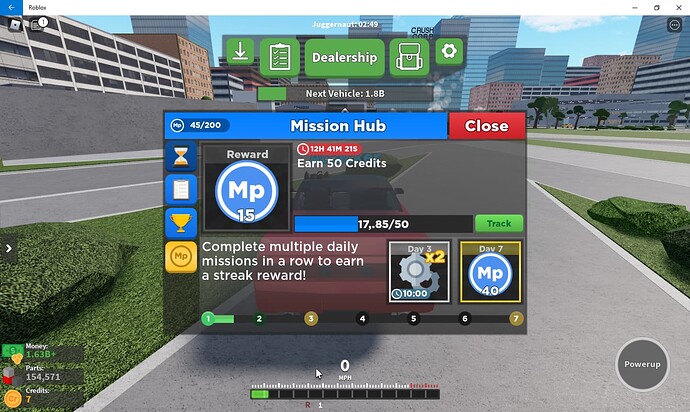 How often does the bug happen? (Everytime, sometimes or rarely)
Everytime

What device did you play on? (Computer, Phone, Tablet or Xbox)
PC

Is the bug related to GUI/Interface on the screen? Or did the bug only appear for you? Check yes if the bug didn’t happen for everyone in the server at the same time.
Yes (I think) 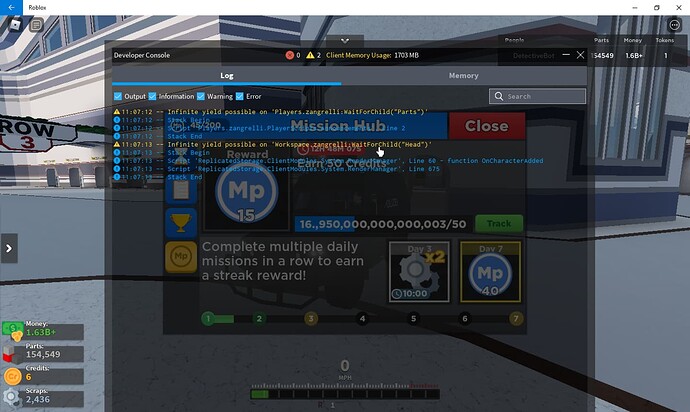 Roblox username: zangrelli (my brother’s username because he’s the one who found it)

16 quadrillion credits lol, gl with that

The only reasonable explanation is…
He exploited before

That and we use the same pc so

Yeah I would probably know

16 quadrillion credits out of the 50 needed

Judging by the decimal point before the comma, he must’ve collected 1/95 of a credit.

Roblox has a bad number counting, it also happen on other games

Thats an integer overload. It loaded a negative number (which the code doesn’t allow) and the whole thing looped back around to the highest possible number.

This same glitch is what caused I Phones to get bricked when people were setting their phones back to the earliest possible date (january 1, 1970) which caused the callendar to loop back to something like September 9, 9999 AD.

Yes, this is the best explanation that I could come up with.

That’s what I was thinking of as well, but how could one get negative credits?