The Kraken would be a crusher in which a giant tentacle comes out of a pool after leaving the car on a marked spot.

Pressing the red button on the control room will “release” the Kraken and an animated giant tentacle will crush the vehicle by taking the vehicle (not necessarily surrounding it but like the tentacle gets adhered to the vehicle), then it smahes the car over and over against the floor or a wall aggressively while the kraken growls.

Some extra animations can be added, like another tentacle adhering to the vehicle then ripping it into pieces, throwing the vehicle against the floor or a wall. 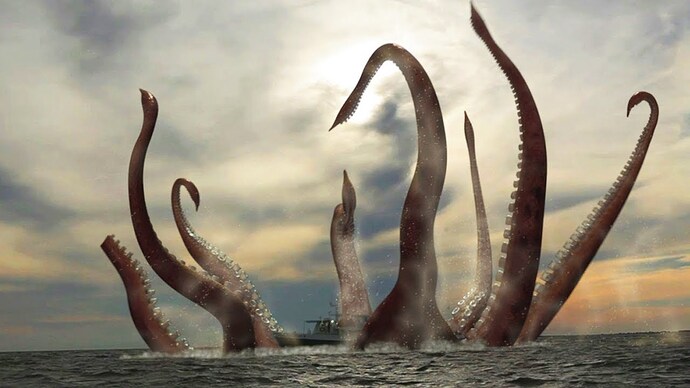