What is the bug?
Answer: When present drop timer runs out, it sometimes glitched and says 0-1:59

How often does the bug happen? (Everytime/sometimes/rarely)
Answer: Sometimes

Is the bug related to GUI or something that only happens for you? (GUI = the dealership, derby win screen or any other interface)
Yes/No: Yes 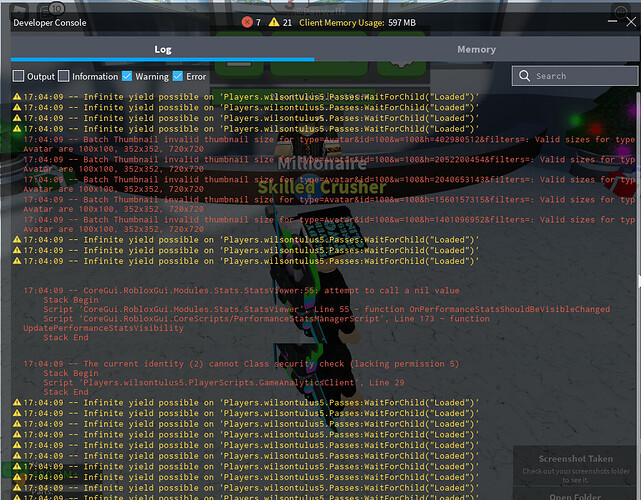 This should be fixed in new servers. I ranked you up in the group

Ok TYSM @Panwellz, you’re the great developer that can fix bugs in this game! 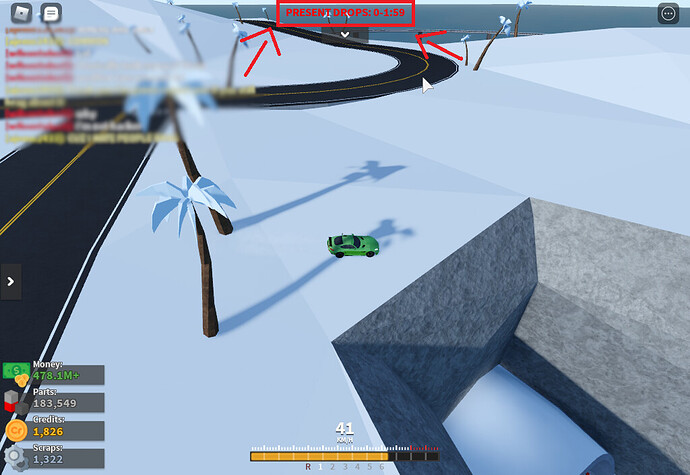 (if you’re curious why my money looks so low, but my parts looks so many, it’s because i have 2 tokens)
sorry if my resolution sucks because my 1366x768 monitor broke 9 months ago due to the power surge happened in my neighborhood 9 months ago, some of my neighbor’s electronics were also broke during the surge. 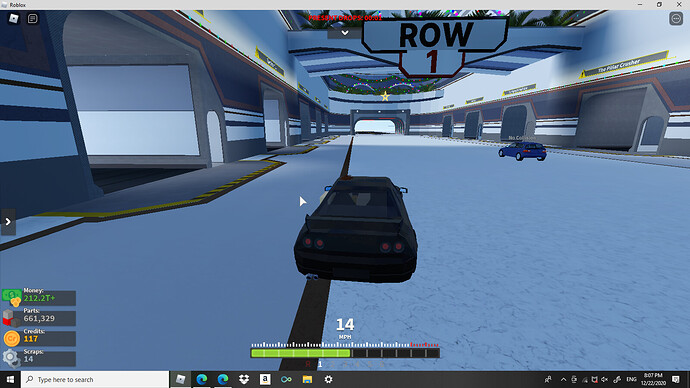 hmmm is it stuck at 00:01 or you’re just posting this screenshot while the timer says 00:01 and it actually still works?

no its been like that since a few minutes ago 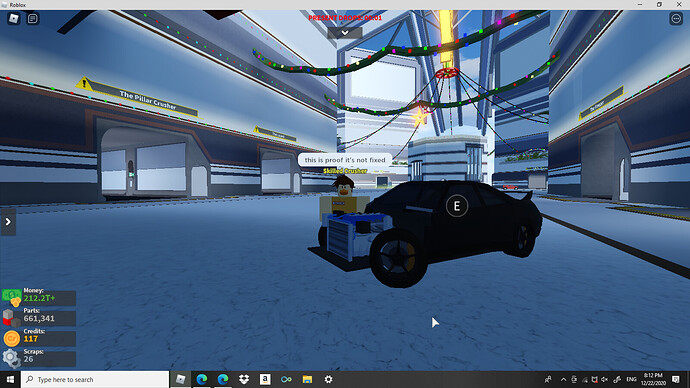 hmmm i think either the timer is imperfectly fixed. try resetting your character and the faulty timer should be gone. you can still collect the presents (after the present drop begins).

btw can you turn on your performance stats in roblox settings and check your ping? i think that’s the cause why your timer is stuck at 00:01. 2 days ago my timer glitches to 0-1:59 but my ping is 90ms, so it’s not ping-related. 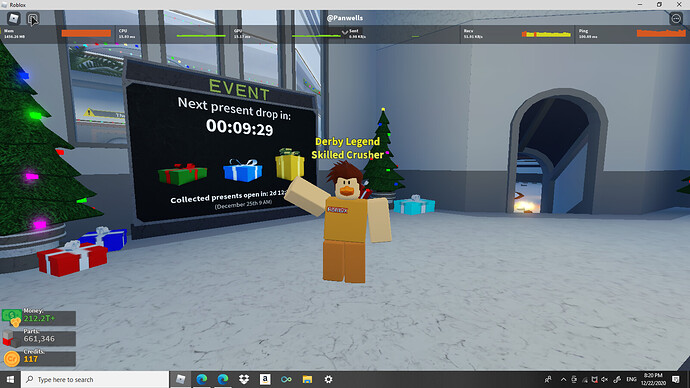 hmmm i guess it’s a real bug though, but sometimes (depending on your country and your ISP that you’re using to play Roblox) your ping might be kinda unpredictable while you’re collecting presents earlier, so it might be another timer bug, or it’s just a client-to-server latency issue.