Instead of trying to take away what the game already has in it probably try and look for ways to improve upon crappy stuff. In other words basically give some suggestions for upgrade instead of trying to say “this sucks I hate it please remove it” Like for example I suggested on top of somebody that was trying to eliminate the magnet. Perhaps turn it into a spinning shredder magnet with four spiky circles that spin and rip into the vehicles. And with other vehicles being replaced probably yeah. Maybe look for ways to improve them or find a suitable replacement that would actually be kind of like the original but in a way probably a little bit of an upgrade or a little bit better than the original. Instead of throwing away what we probably will miss. Find something that will be able to be put on it to improve it or something you know? It would be really easy to start an argument off of who hates what more. Instead let’s work together to probably make the game better Like that’s the end goal right? Have a great game and gameplay? suggest stuff that will make the game better instead of trying to erase what the game already has and probably destroy the fan base that way. Yes I’m taking things to the extreme by saying it that way but that’s kind of in the direction people tend to head to take the easier route and say "this thing sucks I don’t like it please remove it "
Instead could we probably look towards saying "does anyone have any suggestions to improve a certain thing here or there on " blahblahblah.

Idk. It seems the world’s so much of a mess right now i just would rather see solid teamwork and the game accelerate towards being the most popular in roblox instead of having such a beautiful game that so many amazing people helped forge from the depths of our imagination into what it is today. I can’t thank you all enough and also pan…if your reading this. Give yourself a bear hug. You deserve a thank you.

I’m honestly trying to talk to the younger audience of the forum because people tend to jump to the conclusion that if something’s bad they should delete it. instead of that we should probably turn it around and turn the mindset on top of its head for the kids out there and show what we can do to improve what we are lacking on

let me think bout it

some people are rude, expect it, some joke around some dont

hugs all the animals 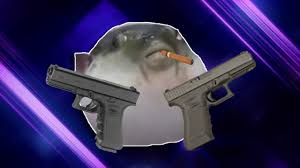