What is the bug?
Answer: the Panzer VIII Maus’ race class will always remain at 0 even after upgrading, i don’t know if this was intended or not.

How often does the bug happen? (Everytime, sometimes or rarely)
Answer: Always.

What device did you play on? (Computer, Phone, Tablet or Xbox)
Answer: Computer. 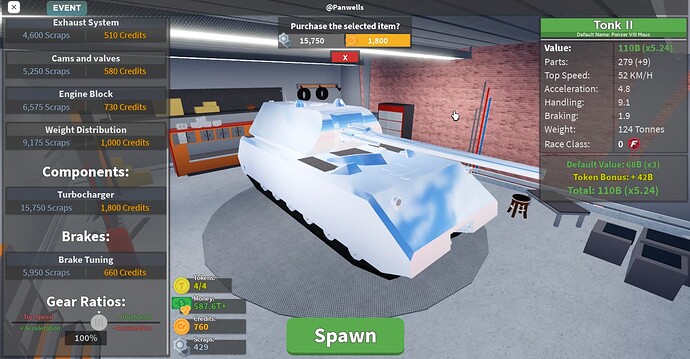 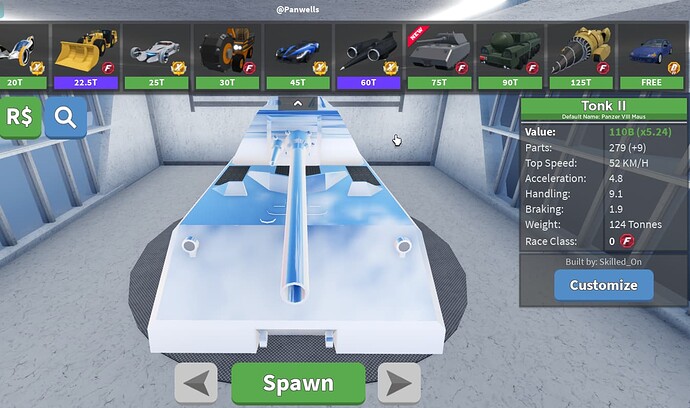 Well in my oppinion the “0” should at least be green after upgrading it, but I understand it being 0, cause think about that, who would choose a 124 tonnes tank to race?!

Also you didn’t buy any upgrades and your mouse is not over the upgrade, so it only shows the stats without upgrades, as the race class is still 0, all the stats are normal aswell, all in white, which means you didn’t upgrade anything other than the value, so you might have miss screenshooted.

It’s not a bug really. The top speed is just too low by default, to the point where no upgrades really affect it’s race performance (You would have to increase top speed)

well i’m just being correct dont get me wrong tho