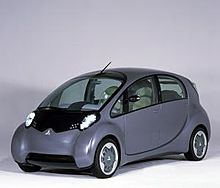 “The prototype of the “i” Kei car that gained attention for its revolutionary layout package.”

The Mitsubishi i was a truly innovative kei car. Not only was its styling unique and quirky, its clever packaging made it a favourite for active families. The i Concept was exhibited at the 2003 Frankfurt Motor Show; the name “i” had the double meaning of “self” and “love” (the Japanese word for love is ai). It also stood for “innovation”, “imagination” and “intelligence”.

The i came powered by a 1.0L DOHC inline-3 that featured a newly developed variable-valve timing mechanism working in combination with a continuously variable transmission (CVT) and idle stop technology, This resulted in exceptional fuel economy earning the moniker “3 litre car” in Europe, which meant that it could travel 100 km on just 3 litres of fuel. Besides passing Euro 4 regulatory standards, the car was also a clean burner, receiving a 5-star rating in the German Auto Association eco car test.

The platform was a newly developed MR with an aluminium space frame. The dimensions were compact to say the least, stretching only 3,516 mm from bumper to bumper, but there was plenty of space inside for for adults. The low drag coefficient of 0.24 also contributed to its efficiency.

The interior used floating panels and translucent resin seats, providing a futuristic ambience both inside and out. Another unique feature was the Information Key, a memory stick that allowed the driver to share computer or audio visual data between his home and car.

I
Am
Hybrid
Car
-Mitsubishi I

Mitsubishi I concept from 2003 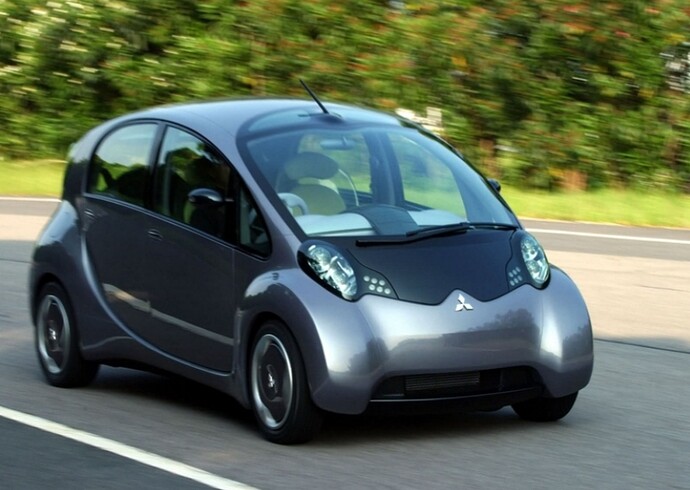 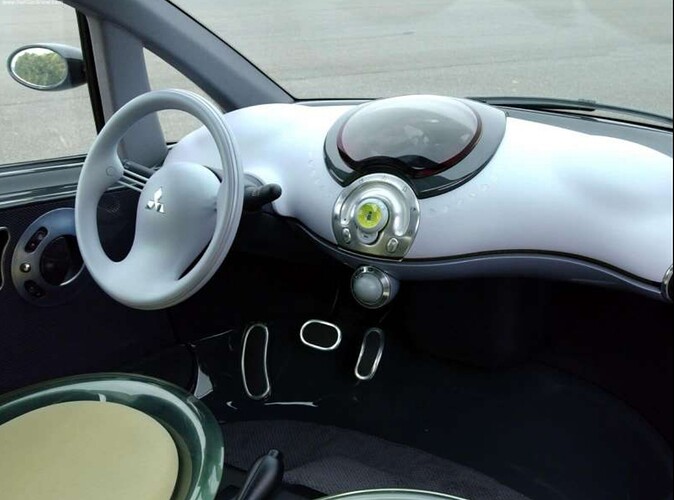 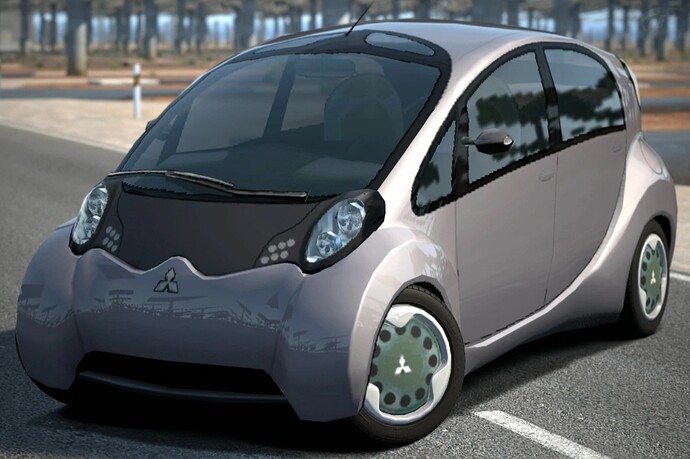 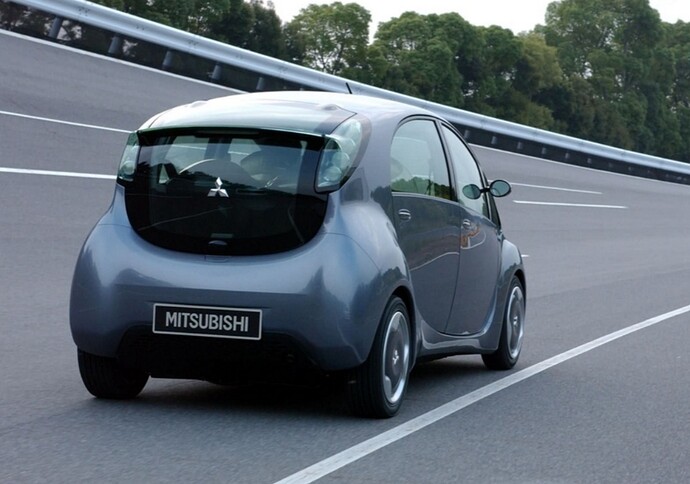 This is the car that forms into reality when you blow bubbles.