What is the bug?
Answer: When you use the Loop de Loops in the stunt park, the vehicle often gets destroyed when it hits the top. Its probably because the new physics update but im not 100% sure. Im also not sure if this is a bug or just a physics glitch that needs to be fixed, so im going to post it here anyways

How often does the bug happen? (Everytime, sometimes or rarely)
Answer: Almost everytime.

What device did you play on? (Computer, Phone, Tablet or Xbox)
Answer: PC

Is the bug related to GUI/Interface on the screen? Or did the bug only appear for you? Check yes if the bug didn’t happen for everyone in the server at the same time.
Yes/No:
No.

Here are some screenshots. I’ve tried with alot of different vehicles just to make sure its true. 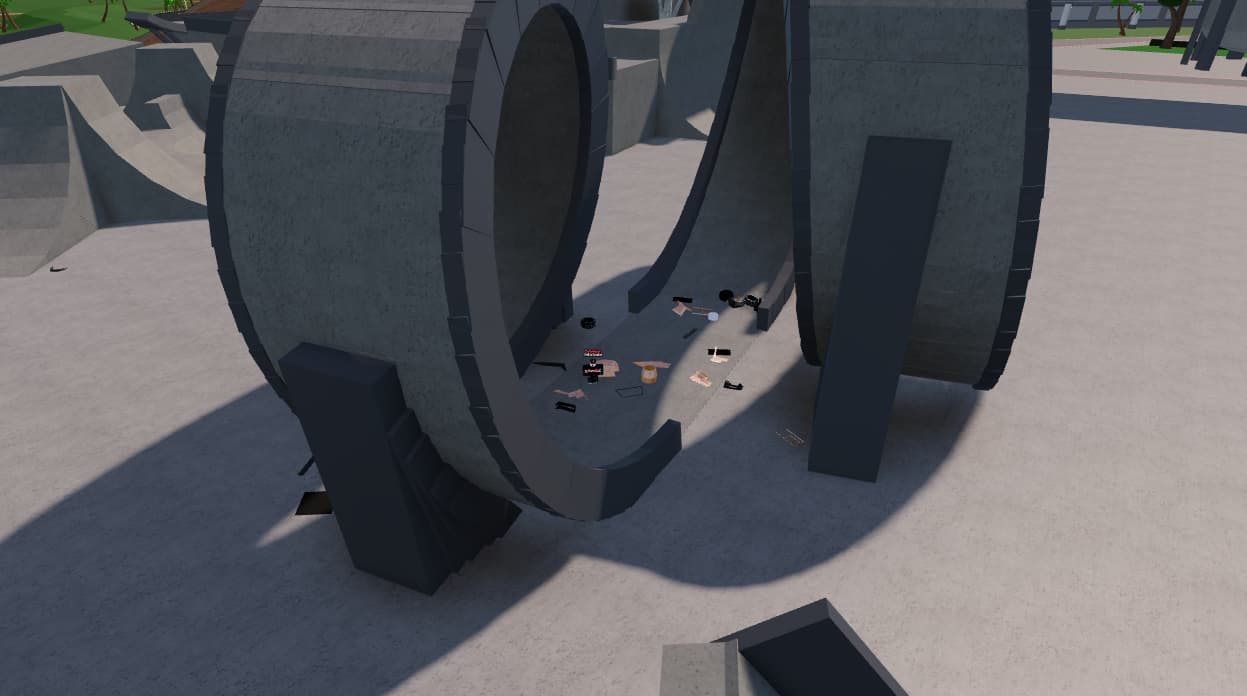 i’m pretty sure the rocket booster causes this

It isn’t, it is the new physics to blame
Spin within the place shown below and have the rocket booster equipped, it will destroy your vehicle in seconds

Follow up on this one, it doesn’t seem to work as it was before, but this is how it works now
and it currently affects low suspension vehicles, clearly not like what it used to before the physics update

and if it seemed because of the curb or whatever you call it, here’s another clip or GIF

You see, Roblox physics is a big…

When you go at the ramp with a car that is long, you will not go the full loop but instead recreate the opening sequence of Final Destination 2.

All you have to do is choose a small car.

Ive tried with other vehicles too. The Super Mobile to be exact. The first pic ive shown was destroyed, but when i do it on the spin chamber, it works perfectly fine. Either way, the physics are weird and probally hard to fix

The new damage physics is bad

Bigger wheels,like monster trucks. They can do the loop
(Also, the curve is,not smooth enough)