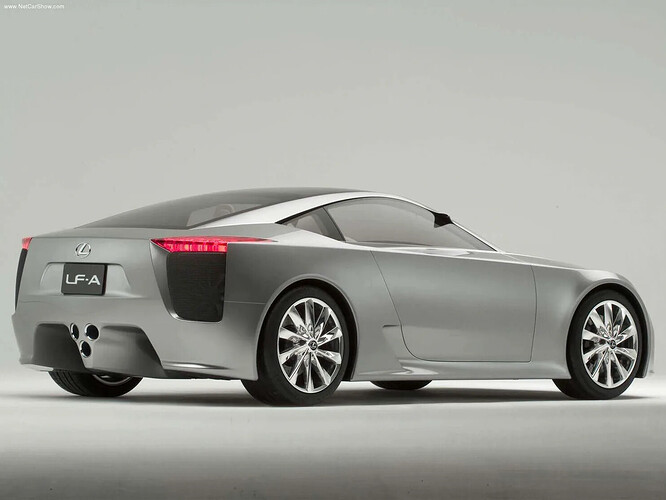 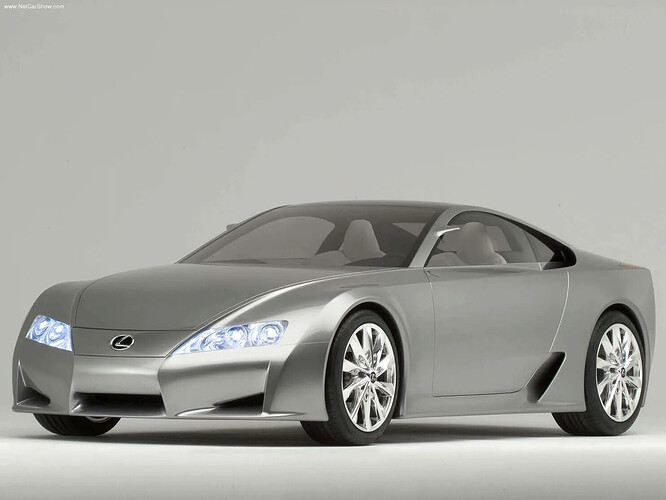 Your favorite Yamaha V10 car also had some backstories too.

The name “Lexus LFA” evokes a very definite set of powerful sensations for petrolheads. From the tingling feeling that occurs as the sound of the V10 caresses your every fibre, to the goose-pimples that infect your skin to symbolise excitement trying to burst from your being. The car holds a very dear place with enthusiasts from Tamarama to Timbuktu.

The masterpiece that we acquainted ourselves with all the way back in 2009 however was vastly different to how the LFA started out in life. All in all, the LFA that we all grew to love took Lexus 9 years to perfect. This was because after 5 years of design, just as they were readying the car for production, they suddenly decided that the aluminium they’d made it out of was far too heavy – so they started from scratch with carbon fibre.

But what exactly was the culmination of those 5 years of work between the year 2000 and 2005? Well, the result was a concept that looked radically different from the LFA we’re familiar with.

From the back, you may think the 2005 concept looks vaguely similar to the eventual production car; from the front however…DEAR GOD!!

Unveiled at the North American International Motor Show in Detroit in 2005, the LFA concept was branded by Lexus as a “design study”. In manufacturer-speak, that translates to “we know it looks like shit, but we don’t want to admit it”. It looked nervous, like an embryo anxious about flourishing. And had it been up to Planned Parenthood, the LFA would’ve probably been aborted at this foetus stage of its life. But thankfully, it wasn’t.

Lexus continued to develop the LFA, eventually showing it as another concept, and then as a Roadster concept. The second concept certainly looked more promising – even though the Roadster, from my perspective at least, appeared to resemble a wave as a surfboard slipped itself intrudingly into its anus.

Thankfully, the LFA continued to evolve into the production car. While it may’ve taken a long time, it always seems to be true what they say: you can’t rush art.
(source: DRIVETRIBE)

Lfa before lfa is right