What is the bug?
Answer: Large vehicles get flung

How often does the bug happen? (Everytime, sometimes or rarely)
Answer: sometimes

What device did you play on? (Computer, Phone, Tablet or Xbox)
Answer: tablet 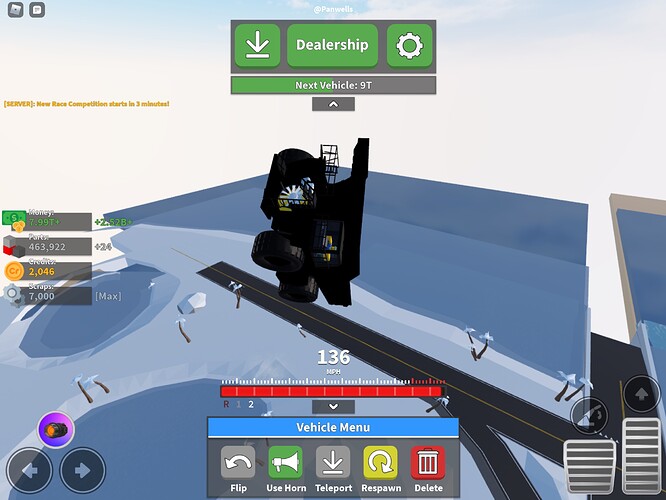 been a bug for a long time

yeah this is also a secret to wining in derby juggernaut

not have the F9 developer console picture but the bug happening

you can type /console in the chat

The car is in the air lol

That is probably a roblox physics bug

The bug was probably caused by the glitches patch. Many glitches were patched. I know that this is useless but here are some examples:
Corner Clipping, Corner wrapping, Flat clipping, Evuuz Fling, Glitch wrapping and Sleep glitch