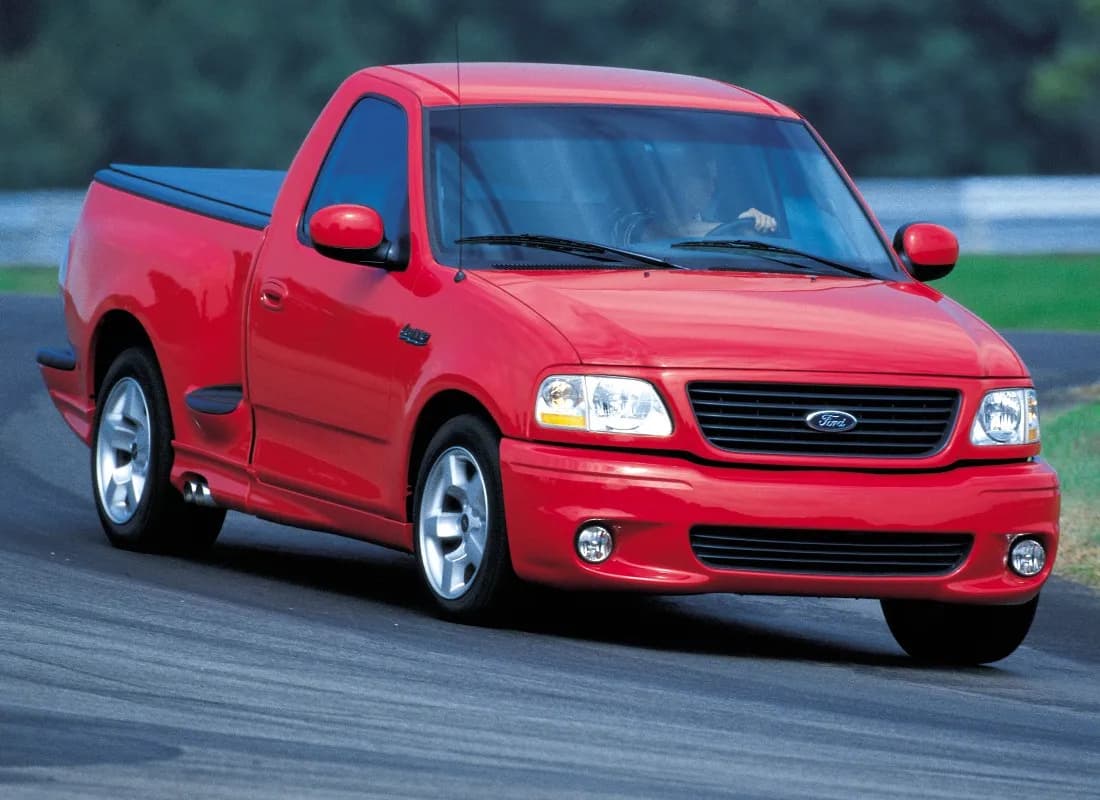 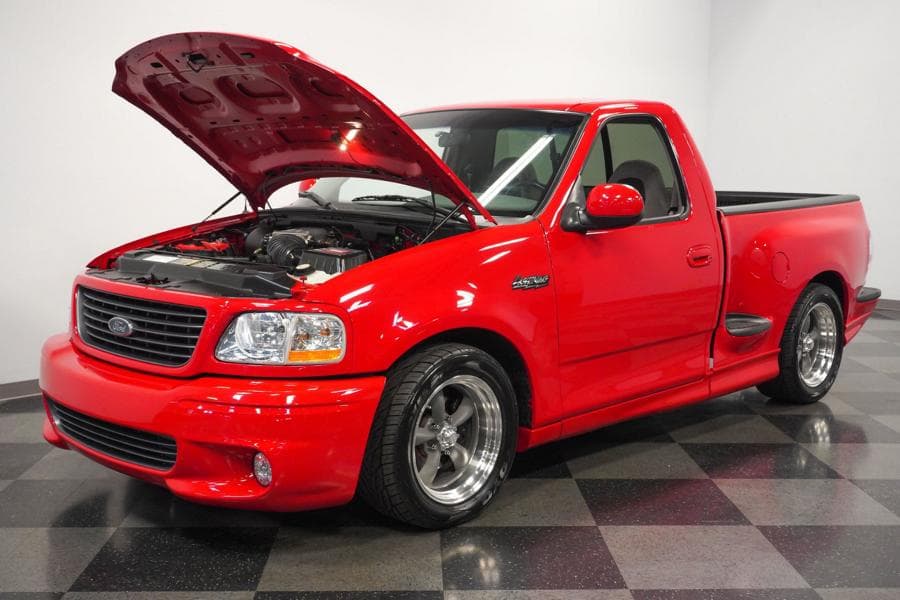 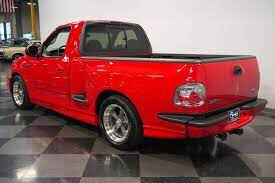 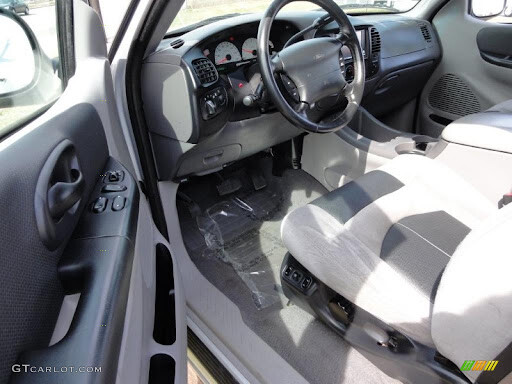 At the beginning of the nineties the Ford F series dominated the United States market, having good levels of sales, mainly with the F-150. But the age of the model, with a generation that had more than a decade of life, noted the passage of time, more with the arrival of new rivals. To renew the offer, the F-150 Lightning tried to change everything.

In order to generate even more interest in the oval offer, it was decided to develop a model that breaks pre-established schemes. Until then, there were no high-performance trucks, and Ford saw the opportunity to “sport” what until then was a work vehicle. 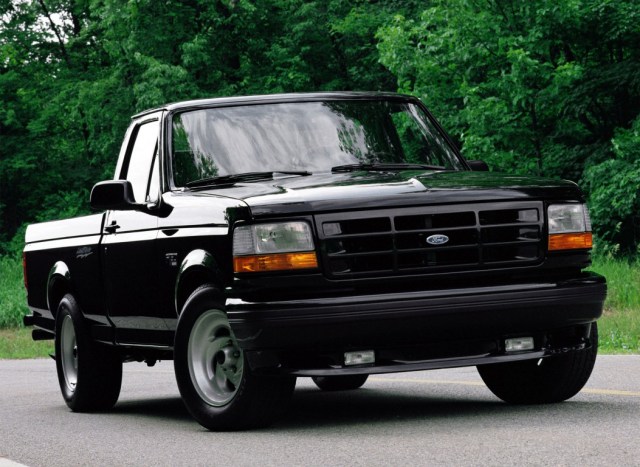 The development of the first F-150 Lightning was not something very worked. Aesthetically, a flat single cabin with XLT equipment was chosen, to which the chrome was replaced by body-color parts, and light details, among them some showy polished aluminum wheels, very fashionable at the time.

Mechanically, it was decided to introduce one of the most powerful engines at the time, a V8 known as the 351 Windsor, 5.8 liters. It generated 237 horsepower, a high figure for a pick-up in those years, when electronics were practically non-existent. It was mated to a four-speed automatic, a simple but effective combo and American taste. 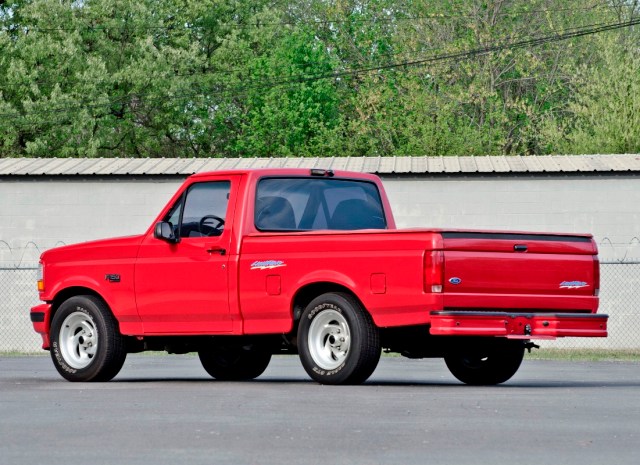 In terms of suspensions, it offered specific shock absorbers, which made it possible to reduce ground clearance by 25 millimeters on the front axle, and 63 mm on the rear axle. That first F-150 Lightning was produced until 1995.

Lightning: the fastest pick-up in the world in 1999

With the emergence of a new generation, Ford set to work on an evolution, which ended up being the fastest pick-up in the world, at least until the arrival of the V10-powered Ram. In 1999 the second phase of the F-150 Lightning was launched, this time equipped with a new 5.4-liter V8 engine, equipped with a volumetric compressor. 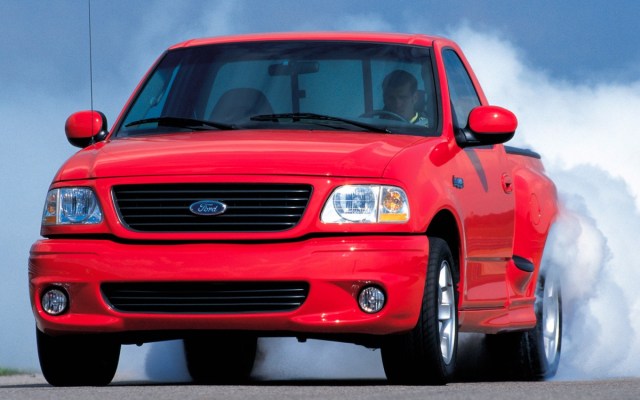 Thanks to the addition of an Eaton supercharger, the V8’s output was stretched to 360 horsepower. But that was not all, it was equipped with high compression pistons, along with connecting rods and forged crankshaft, developed entirely by Roush, a company that was cooperating with Ford at the time, specifically for some SVT (Special Vehicle Team) developments.

All this, added to a limited slip differential, and four-speed automatic transmission, the performance was paramount for a truck. For example, it accelerated from zero to 100 km / h in 6.2 seconds, exceeding 200 kilometers per hour of maximum speed. Both suspensions and brakes had been adequate for the highest performance. 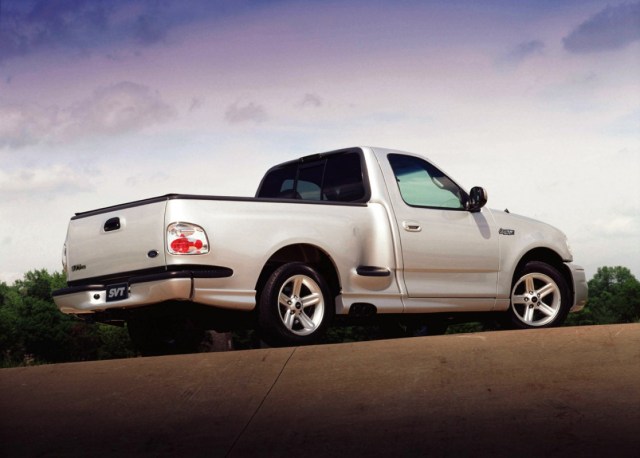 This F-150 had a much more successful design, as it adopted rounded lines, with specific bumpers. The five-spoke wheels, added to certain details, such as the double exhaust outlet behind the front doors, made this pick-up one of the sensations of the new century.

In 2001 Ford updated the mechanics of the F-150 Lightning, incorporating a new intake manifold, which allowed a better cylinder filling. Thus the power increased to 380 horsepower, but also the differential ratio was shortened. This improved performance considerably: acceleration from zero to 100 km / h went to 5.2 seconds.

Production of the F-150 Lightning culminated in 2004, with around 25,000 units manufactured. It didn’t have a direct replacement, but since then it has been one of the most beautiful trucks, and sought after by the fans.

Oh yes i love this thing

Ford F-150 SVT Lightning [image] [image] I am going to leave the specs alone for now. Unless if everyone thinks this is a good idea. Or someone puts them in the comments.

did you even look at the topic lmao