DNF sometimes shows regardless of participation

What is the bug?
Answer: Sometimes some events like airborne will say DNF regardless of wether you participated or not.

How often does the bug happen? (Everytime, sometimes or rarely)
Answer: Unsure, as I haven’t played in awhile. Once I find out (and if I remember) I’ll say how often.

What device did you play on? (Computer, Phone, Tablet or Xbox)
Answer: Phone and Computer

What steps do you need to take for it to happen? List them in very high detail:
Not to sure how to replicate this, but it mainly appears to be a random chance bug.
In the screenshots though, I used the car seen in the screenshot to get 1.03, later got 2.30 with same car, switched cars, and got 2.50 but it didn’t update the time. When the event finished it then said I didn’t participate at all.

Is the bug related to GUI/Interface on the screen? Or did the bug only appear for you? Check yes if the bug didn’t happen for everyone in the server at the same time.
Yes/No: Unsure.

If yes, screenshot all red and yellow text in the developer console and post it here. (Open console by pressing F9 on computer, or by saying /Console in the chat)
Don’t have screenshot of console at the moment 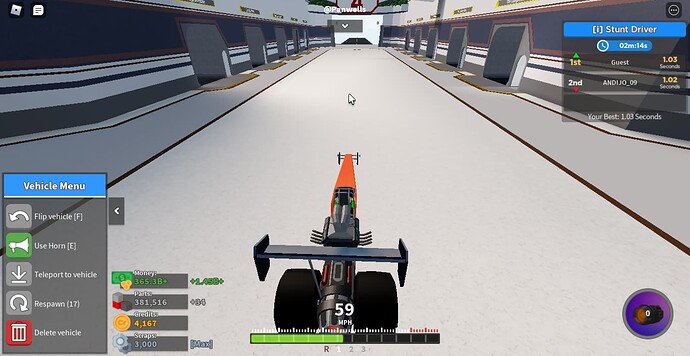 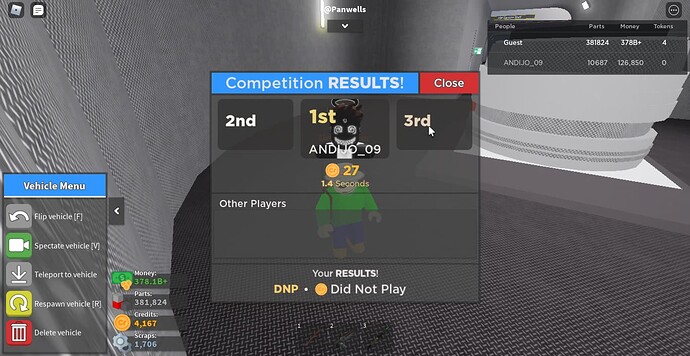