Crushers wont let me in!

What is the bug?
Crushers won’t let my car in.

How often does the bug happen? (Everytime, sometimes or rarely)
Rarely (I rejoined and the bug was fixed.)

What device did you play on? (Computer, Phone, Tablet or Xbox)
Tablet

Is the bug related to GUI/Interface on the screen? Or did the bug only appear for you? Check yes if the bug didn’t happen for everyone in the server at the same time.
Yes

If yes, screenshot all red and yellow text in the developer console and post it here. (Open console by pressing F9 on computer, or by saying /Console in the chat) I have footage but it’s too big so ima make it a YouTube link. 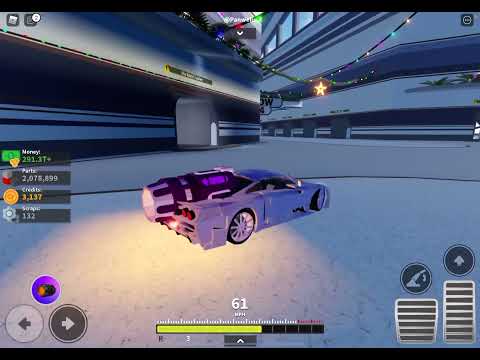 (Btw I have the crushers unlocked)

ive seen people not being able to access premium or vip crushers even though they have the gp, but i’ve never seen this.

a. reported already, and
b. just the car.

I couldn’t find one being reported already and how could I know it was the car?

I don’t recall seeing another bug report like this tbh.

it has been reported

the front of the saleen is too low to enter crushers correctly, just back into them

If the front of the Saleen was too low then how did it enter the crusher on row one with ease?