Bug regarding UI navigation with controller on PC, among some other issues when using controller

What is the bug?
Several bugs regarding controls not working when using controller. Those being: Not being able to open the section of the UI where the Dealership is also located, not being able to jump out of a car when pressing A (Roblox registers me pressing A normally because jumping works fine when not in a car) and not being able to navigate the Dealership normally after entering it by clicking, sometimes it just wont select a different car and somtimes it lets me navigate mostly normally but not select a car to drive it. The issue is as far as I know not related to controller connectivity issues as I’ve tested it and everything registers normally. Probably not roblox either as most inputs are working fine, however, I can’t confirm if roblox just isn’t registering the D-Pad or UI navigation just isn’t working on roblox’s end.

How often does the bug happen? (Everytime, sometimes or rarely)
Appears to be random. Sometimes everything works perfectly and sometimes nothing works properly.

What device did you play on? (Computer, Phone, Tablet or Xbox)
Windows PC (With controller)

Is the bug related to GUI/Interface on the screen? Or did the bug only appear for you? Check yes if the bug didn’t happen for everyone in the server at the same time.
Yes. 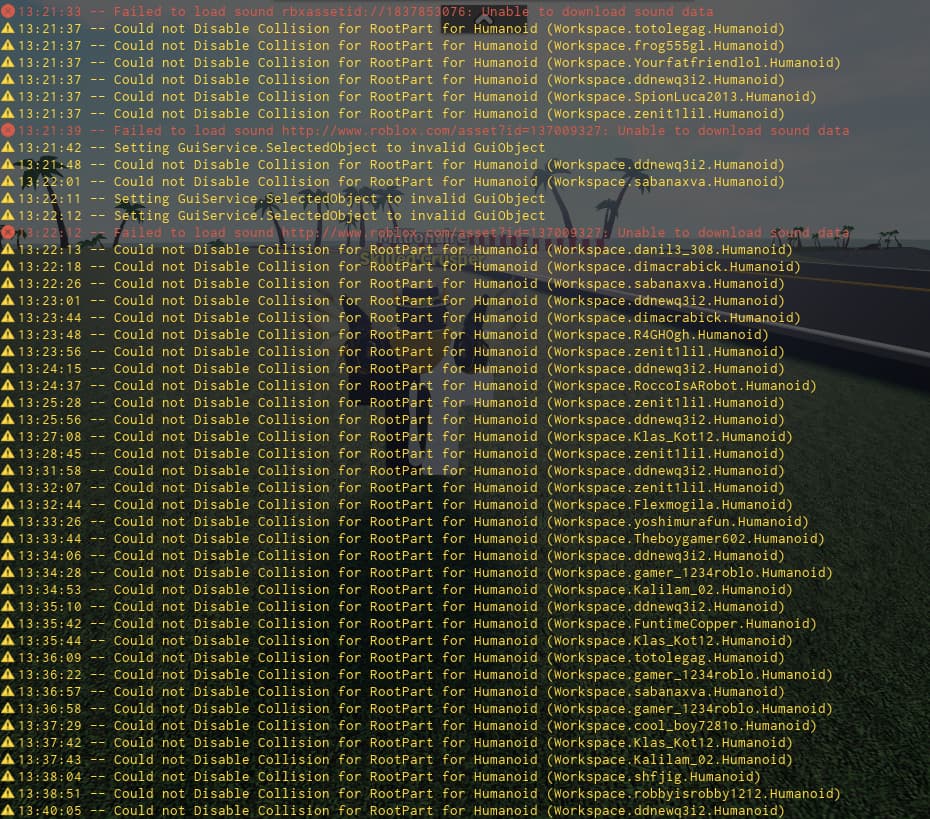 (Note: All the “Could not Disable Collision for RootPart for Humanoid” yellow text just repeats untill the point where I take the next screenshot, after that the same text just keeps repeating all the way to the bottom of the console window.)