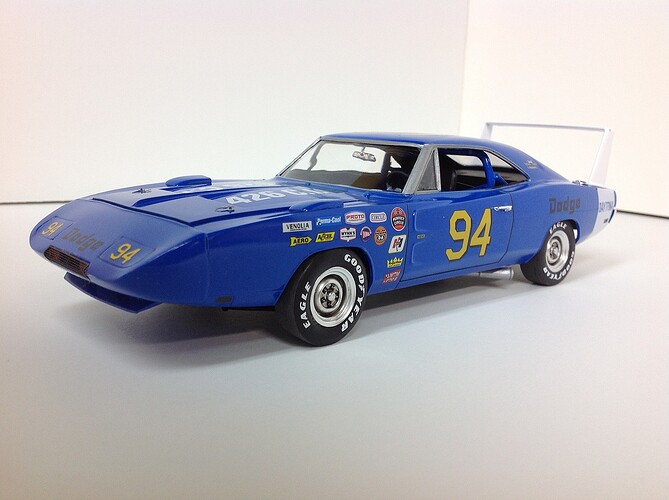 Basically for this the 1969 Dodge Charger was a Stock car for MOPAR HEMI and had a street legal version so it would be cool to be able to either have a modification to make the current Dodge Charger 1969 R/T the Daytona or an entirely different version, as well as being able to make the Daytona version the Stock car with off brand sponsorships on it as well. I feel like this would be a great continuation to a great car that pioneered the first wing, first car to hit 200mph and a aerodynamic car. We already have the wing all we need is the nose i guess.Another great addition would be being able to control the pop ups since there were pop ups on the street legal . Also all cars with pop ups should have functional lights

This was suggested. Please, suggest a car that isnt suggested

Hello, here is an image of the vehicle it’s like the Dodge Charger RT but modified https://images.app.goo.gl/Fe2SS7kqnwQhuDU76

It’s okay. If there’s a remodel of it (unless it isn’t in the same cc2 suggestion or nothing to remodel) it wouldn’t be added since its just plain (or you cant find a remodel image)

A post was merged into an existing topic: Dodge Charger Daytona